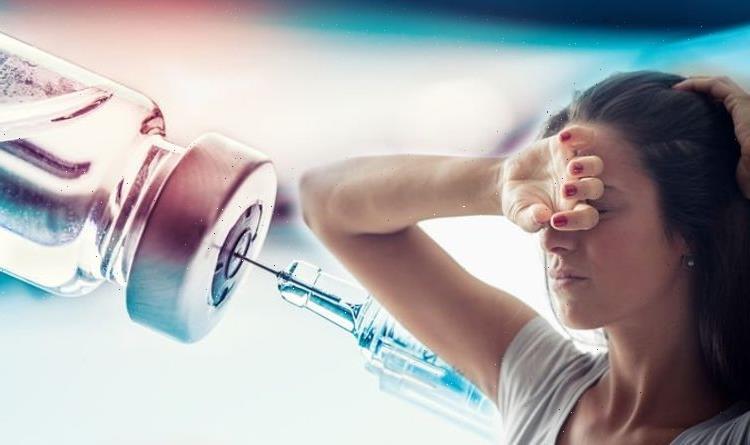 A UK study analysed participants who underwent mix-and-match vaccines with two showing the most side effects. Fever was the most reported side effect resulting from these combination vaccines.

Compared with the standard two doses of either vaccine, administering one dose of each saw a higher frequency of mild to moderate symptoms.

“These are the type of reactions we do expect with vaccines, and they are more or less the same types of reactions that you’re seeing with the standard schedules,” said Matthew Snape, the trial’s chief investigator and associate professor in paediatrics and vaccinology at the University of Oxford.

He added: “The best course of action remains getting two doses of the same vaccine.

“Large clinical trials have clearly demonstrated that this strategy reduces the chances of getting COVID-19.

“Your default should be what is proven to work.”

In the study, researchers waited four weeks between doses.

The study also found the order of immunisation also had an impact, with AstraZeneca followed by Pfizer showing a better immune response out of the two mixed dosing regimens.

The results show that when given at a four-week interval, both mixed schedules induce an immune response that is above the threshold set by the standard schedule of the Oxford-AstraZeneca vaccine.

“We would expect that this signal … of higher reactions in the mixed schedules, would still come through, and [in] younger age groups there might be even more reactions,” prof Snape added.

“Whether or not this will relate to actually improved immune response, we don’t know yet.”
Source: Read Full Article