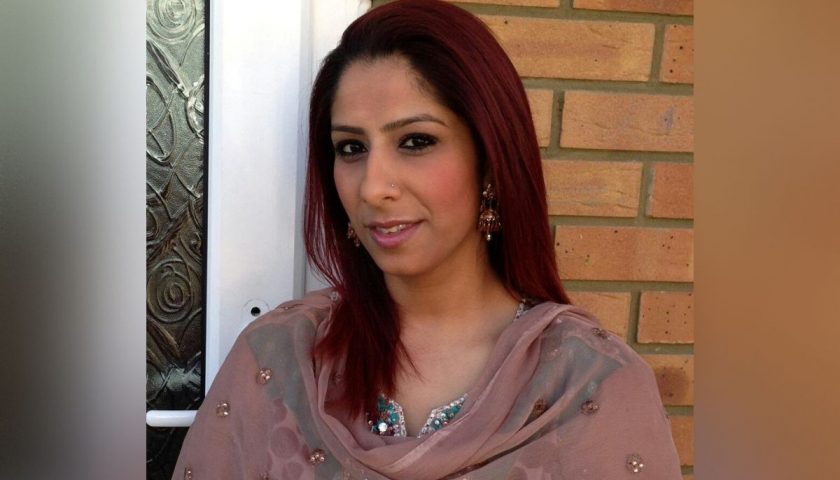 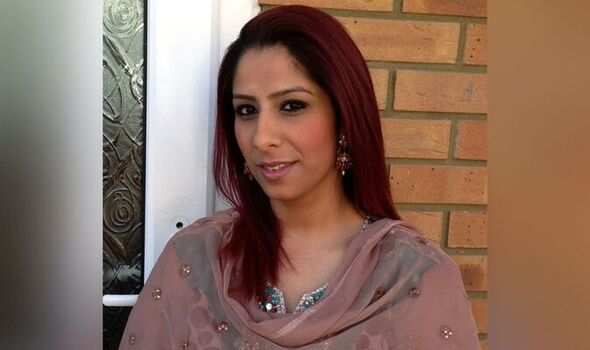 Sumera Haq was eight-months pregnant with her third child when she contracted Covid. She started suffering severe stomach pain and worsening shortness of breath.

The 37-year-old was rushed to Whipps Cross Hospital in Leytonstone, east London, and was initially treated on a labour ward.

Two days later, the primary school teacher was transferred to a medical ward on August 9 last year after her respiratory function worsened, but her condition deteriorated and she suffered a cardiac arrest three days later.

Ayra Butt was delivered by caesarean section, but showed no signs of life and despite medics trying to resuscitate her, the baby was pronounced dead just 15 minutes after being born.

Ms Haq was given emergency treatment, but her condition caused by Covid pneumonitis continued to deteriorate and she died on August 14.

An inquest at East London Coroner’s Court [that concluded on July 14 this year] found Ms Haq was inappropriately transferred to a medical ward and died following a lack of clinical leadership.

There was also a lack of ‘multi-disciplinary planning’ and a lack of close monitoring as well as a lack of “appropriate escalation” due to her deterioration before she suffered the cardiac arrest, the hearing heard.

Kasim Butt, her husband, described the last year as “a living nightmare” after suffering the double heartbreak of losing his wife and daughter. 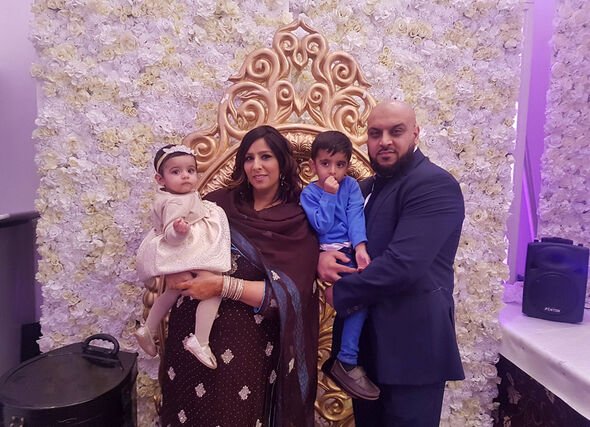 The 41-year-old delivery driver said: “It’s almost impossible to find the words to describe the hurt and pain our family feels.

“The last year has been a living nightmare which I wouldn’t wish on anyone.

“Sumera was a wonderful wife and the best mum any child could ever want. She went out of her way to help others and her death at an age when she had her best years ahead of her, has been particularly difficult to come to terms with.

“Those few days and trying to come to terms with the death of Ayra, whilst Sumera was also slipping away from us is something I’m not sure I’ll ever get over.

“When I saw Ayra she was beautiful. I just held her and cried my eyes out. I’ll chish what little but precious time I had with her.”

Ms Haq, who tested positive for Covid-19 in late July was admitted to Whipps Cross by ambulance on August 7 after complaining of severe abdominal pain and increasing shortness of breath.

She had sought medical advice in the previous days due to her symptoms.

Medical observations showed Ms Haq was suffering an acute kidney injury and on August 11 her level of haemoglobin – a protein that carries oxygen around the body – was considered to be concerning low, the inquest was told. 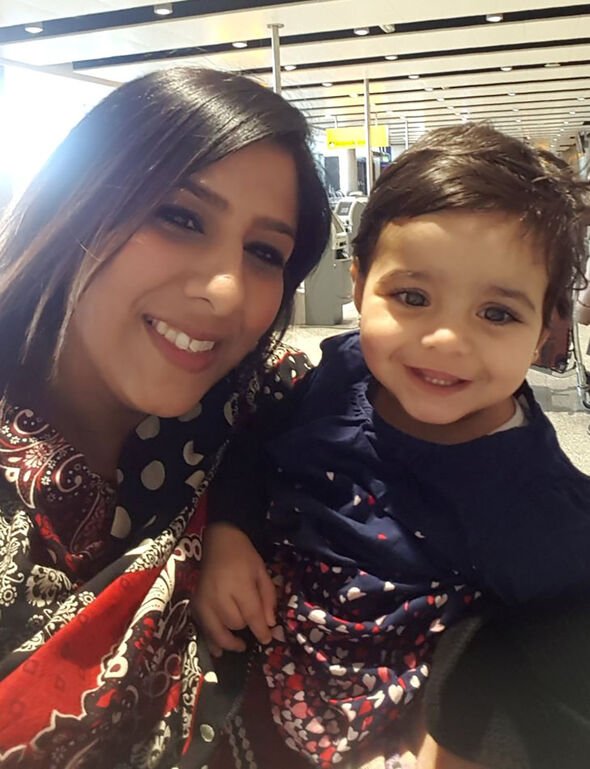 In the early hours of the following morning, her condition deteriorated, the hearing heard.

At 7am she was administered blood thinners and not long after, the emergency buzzer was pressed and she needed help from healthcare staff.

Her observations were monitored and she continued to deteriorate and shortly after 9am Ms Haq suffered a cardiac arrest.

A decision was made to deliver Ayra by caesarean section at 9.30am, but Ayra was born with no signs of life and CPR was started.

Ms Haq was rushed to emergency surgery where doctors found a haematoma – a collection of clotted blood – in her abdomen, but could not find the source of the bleeding, the inquest heard.

Surgeons carried out a hysterectomy and Ms Haq was transferred to intensive care and put on a ventilator, but her condition continued to get worse and she died.

Coroner Nadia Persaud recorded a narrative conclusion and found the medical ward Ms Haq was transferred to “was not an appropriate clinical setting for her”. 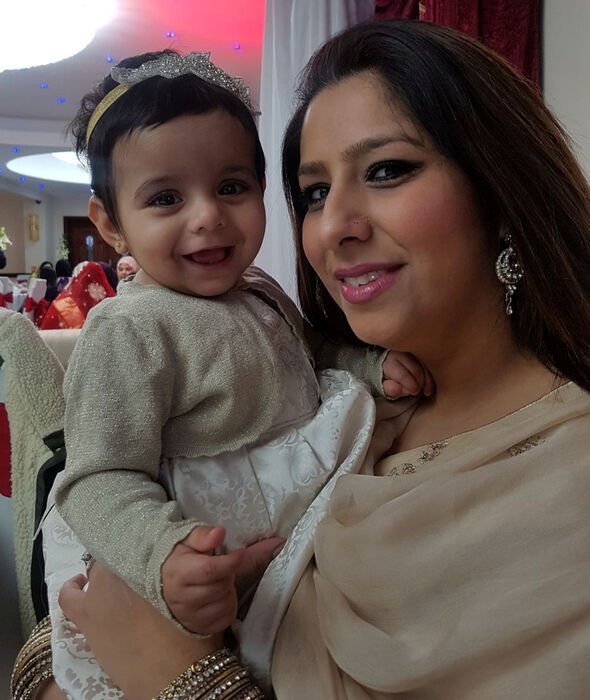 She should not have been given blood thinners and no “adequate emergency action” was taken before she suffered a cardiac arrest, the coroner ruled.

The Coroner also said there was no overall named consultant in charge of her care and there was no full multi-disciplinary meeting in planning her treatment.

“Insufficient regard” was taken of her acute kidney injury and no action was taken in response to Ms Haq’s concerningly low haemoglobin and persistent abdominal pain, the coroner added.

Mr Butt said: “Being at Sumera’s bedside and holding her hand as her body shut down in front of my eyes and knowing there wasn’t anything I could do to help or save her was heart-breaking.

“I couldn’t stop thinking about our other children and how I was going to tell them their mummy wasn’t coming home.

“For nearly a year we’ve had so many questions about what happened. While the inquest and listening to the evidence has been incredibly traumatic it was something I needed to do to honour Sumera’s memory.

“I know nothing can bring Sumera back, or fill the void in our lives, but our family takes some comfort in at least now having some answers to our questions. I just hope nobody else has to go through the pain we have.”

Mr Butt hired medical negligence lawyers to help get answers and support his family – including the couple’s other children aged eight and five – through an inquest into his wife’s death.

Taylor Hackett, the expert medical negligence lawyer at Irwin Mitchell representing Mr Butt, said: “This is a truly tragic case in which Kasim and the rest of Sumera’s family remain traumatised by their loss.

“Understandably Kasim has had a number of concerns and questions about the events that unfolded in the lead up to his wife’s death.

“While nothing can make up for what’s happened we’re pleased to have at least been able to support the family in their search for some answers.

“It’s now vital that lessons are learned following the several concerns that the inquest has identified in Sumera’s care.

“In the meantime we’ll continue to support the family to help them try and come to terms with their loss the best they can at this distressing time.”

Barts Health NHS Trust, which runs Whipps Cross Hospital, said the standard of care Ms Haq received was not good enough but that improvements have since been made.

A spokesman added: “We offer our sincere condolences to the family of Sumera Haq, the standard of care she should have received was not met on this occasion.

“Whipps Cross Hospital has made significant improvements since to ensure this does not happen again.”