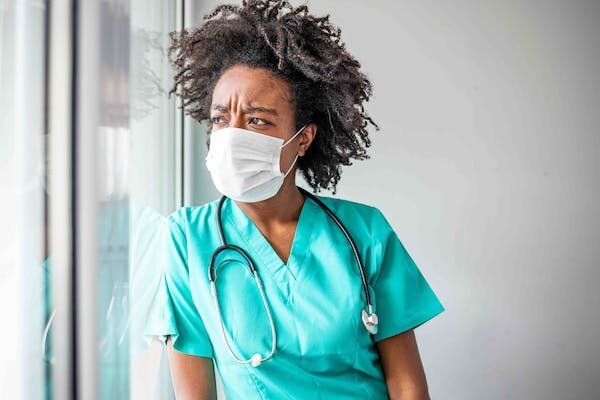 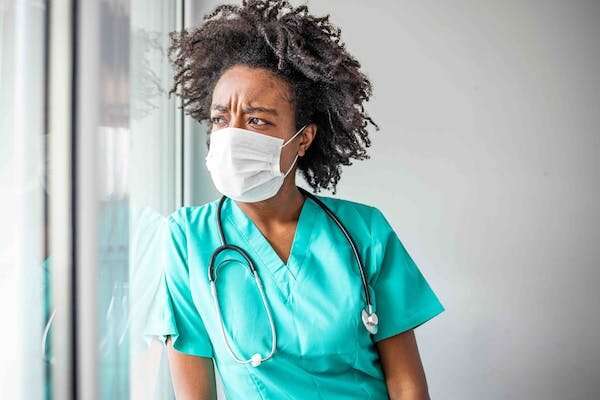 We’ve known for some time now that the physical effects of the pandemic have not been distributed evenly across society.

For example, data from the U.K. and other countries has shown that a disproportionate number of COVID cases, hospitalizations and deaths have occurred among people who identify with a minority ethnic heritage.

One study carried out in England during the first two waves of the pandemic found that even when accounting for factors such as existing health issues, people from Pakistani and Bangladeshi backgrounds were more likely to die than people who identified as coming from a white background.

The reasons for this disparity are complex but may relate to the clustering of multiple disadvantages, such as living in deprived neighborhoods, unemployment and household composition (for example, having many people living together in one household).

Beyond physical health, we know that the pandemic has also escalated mental health problems. And this burden, too, appears not to be distributed evenly.

A recent study considered the mental health toll of the pandemic on people from a range of different ethnic groups across the U.S. and the U.K. The researchers used data from 691,473 people who responded to the smartphone-based COVID Symptom Study between January and June 2021.

They asked participants to report their symptoms of depression and anxiety in a questionnaire based on screening tools commonly used by doctors and researchers to identify people who may be in significant distress.

The researchers found that compared with participants from a white background, adults from minority ethnic groups in both countries were more likely to exhibit symptoms of depression and anxiety.

These differences were not fully explained by pandemic-related issues such as changes in people’s leisure activities. That means that elevated mental health symptoms cannot simply be explained by COVID-induced restrictions. They are likely to reflect an amplification of existing disparities and unmet need when it comes to mental health in diverse communities.

Depression and anxiety were also more likely among health care workers from black backgrounds, as compared with white health care workers. This suggests that we need to explore the multitude of factors that affect people’s mental health.

It’s plausible that the results from this study might even underestimate the extent of disparity in mental health needs. By its very design, using a smartphone app, there may have been some degree of digital exclusion or other barriers to people from diverse communities taking part, for example, language or cultural factors.

The authors conclude that minority communities in both the U.S. and the U.K. have been disproportionately affected by the mental health burden of COVID.

This study also found that poor mental health is exacerbated for specific minority communities at times of social crises, such as for black adults after the murder of George Floyd, and for Asian adults following the shootings of six Asian women in Atlanta.

The pandemic has brought into stark focus the inequality that already exists in society. And so as we rebuild and reshape, returning to “normal” is not an option.

We must use the evidence we have already to adapt how mental health care is conceptualized, tailored and delivered to diverse communities. This might include ensuring mental-health awareness is embedded in all communities, equalizing the focus between support for those experiencing distress alongside prevention, and situating services closer to communities in need.

It will also be important to diversify the mental-health workforce and ensure that where mental health care is not routinely free at the point of access, it is heavily subsidized to avoid cost being a barrier to engagement.

These strategies are all informed by science. They will require sustained investment if we are to work towards better mental health for some of the most disadvantaged members of our communities, both within and outside of a pandemic.