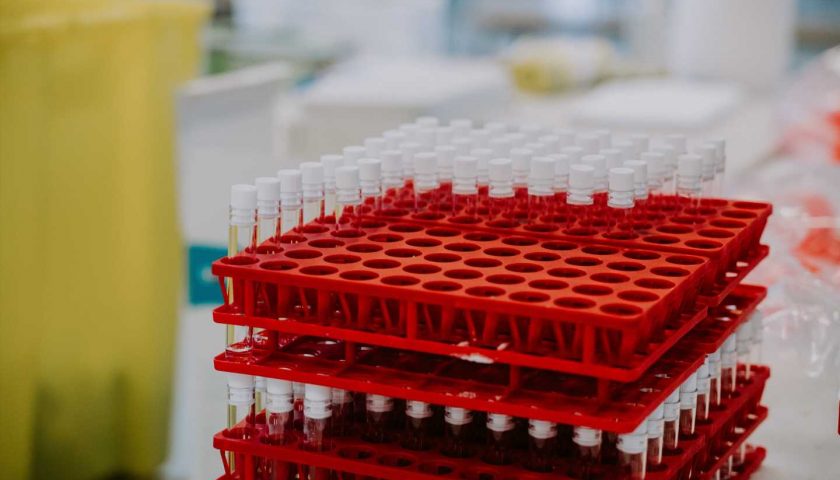 A condition that affects the blood, known as idiopathic thrombocytopenic purpura (ITP), may be associated the Oxford-AstraZeneca vaccine in rare cases, research suggests.

The very small increased risk of the condition—which is characterized by low platelet counts—is estimated to be 11 per million doses, similar to figures seen in vaccines for flu and MMR.

A low number of platelets—blood cells that help prevent blood loss when vessels are damaged—can result in no symptoms or can lead to an increased risk of bleeding or, in some cases, clotting.

Researchers say that the increased chance of developing ITP after receiving the vaccine remains smaller than the risk of developing it because of Covid-19 and should not deter the roll out of the vaccine program.

The same risk was not found for the Pfizer-BioNTech vaccine. Other vaccines were not included in the study.

Experts recommend that recipients of the Oxford-AstraZeneca vaccine should be made aware of the slight increased risks of ITP, but also stress that the risk of developing these disorders from Covid-19 is potentially much higher.

The Medical and Healthcare products Regulatory Agency (MHRA) had previous reported low platelet counts in combination with blood clots following vaccination with the Oxford-AstraZeneca vaccine, estimated to occur at a rate of approximately 13 per million first doses.

Experts say the new study’s specific findings about ITP are likely to be a manifestation of this general condition. The MHRA is actively monitoring the situation.

The study of 5.4 million people in Scotland, of whom 2.5m had received their first vaccine dose, is the first analysis of ITP, clotting and bleeding events following vaccination for an entire country.

Researchers were unable to establish a definitive link between other forms of clotting—including the rare form called cerebral venous sinus thrombosis or CVST—due to the very low number of cases in vaccinated people included in the study.

Those at most risk from ITP tended to be older—a median age of 69 years old—and had at least one underlying chronic health problem such as coronary heart disease, diabetes or chronic kidney disease.

The research team, led by the University of Edinburgh, analyzed a dataset as part of the EAVE II project, which uses anonymised linked patient data to track the pandemic and the vaccine roll out in real time.

They investigated data up to 14 April 2021 for people in Scotland who had received the first dose of either vaccine. By this date more than 1.7 million had an Oxford-AstraZeneca jab and some 800,000 had a dose of the Pfizer-BioNTech vaccine.

The data—including GP records on vaccination, hospital admissions, death registrations and laboratory test results—were then compared with those who were yet to be vaccinated to determine if any clotting events were outside what would have been expected pre-pandemic.

The data indicated that there was a slight increase in ITP in the second week following vaccination for those who received the Oxford-AstraZeneca vaccine and possibly also increased risk of arterial clotting and bleeding events.

The team found no adverse events in relation to ITP, clotting or bleeding in their analysis for the Pfizer-BioNTech vaccine.

Experts say that while the study adds to the evidence linking the Oxford-AstraZeneca vaccination to blood clots and ITP, a causal association has not yet been definitively demonstrated. This is under active investigation.

Researchers say a two-week lag for hospital data may mean some data are missing, which possibly limits the study’s findings.

The study also included relatively few young vaccinated people under 40, especially for the Oxford-AstraZeneca vaccine because the Scottish vaccination program followed the recommendations of the Joint Committee on Vaccination and Immunisation, which prioritized vaccinations for older and vulnerable adults.

The results are published in the journal Nature Medicine. The study was funded by the Medical Research Council, UK Research and Innovation Industrial Strategy Challenge Fund and Health Data Research UK (HDR UK), and was supported by the Scottish Government.

If a member of the public experiences side effects following vaccination with Oxford AstraZeneca vaccine, or wishes to find out more, the researchers advise that they seek information contained in the AstraZeneca COVID-19 vaccine and rare blood clots leaflet which can be accessed on the NHS Inform web page.

Professor Aziz Sheikh, Director of the University of Edinburgh’s Usher Institute and EAVE II study lead, said: “This careful analysis of an entire country’s vaccination program, which involved the study of over 2.5m first dose vaccines, has found a small increase in the risk of ITP, clotting and bleeding events following the Oxford-AstraZeneca vaccine. This very small risk is important, but needs to be seen within the context of the very clear benefits of the vaccines and potentially higher risks of these outcomes in those who develop Covid-19.”

Lead author Professor Colin Simpson from the Victoria University of Wellington said: “Reassuringly, we did not identify any overall increased risk of ITP, clotting and bleeding events in those receiving the Pfizer-BioNTech mRNA vaccine. We are now planning to update our analysis as the vaccine program is being extended to younger, healthier individuals and as new vaccines are becoming available.”

Professor Chris Robertson from the University of Strathclyde and Public Health Scotland said: “This study shows the advantage of being able to link together large national data sets to provide near real time information of vaccine safety, using a number of analytical methods. An important next step is to replicate this work in other settings to ensure that the findings are robust.”