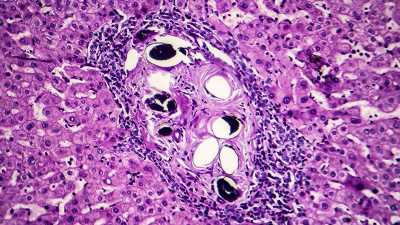 After malaria, human schistosomiasis is the parasitic disease with the highest morbidity and mortality worldwide. An estimated 236 million people are infected. Most are in sub-Saharan Africa. Complications lead to the deaths of 300,000 people each year. Pilot studies point to a high rate of underdiagnosis, whether in the sub-Saharan immigrant population residing in Spain or among individuals affected by outbreaks of autochthonous transmission (as happened in the 2003 case of four Spanish farmers who bathed in an artificial irrigation pool in Almería). If not diagnosed and treated in a timely manner, schistosomiasis can cause serious genitourinary and hepatosplenic complications.

Agustín Benito Llanes, PhD, is the director of Spain’s National Center for Tropical Medicine (Carlos III Institute of Health) and the president of the SEMTSI. He told Univadis Spain, “The consensus document is invaluable for the management of cases imported by migrant populations coming from endemic areas and in the prevention of possible outbreaks in our country, especially urinary schistosomiasis.” He went on to explain, “This diagnostic strategy, which is also recommended by the European Centre for Disease Prevention and Control (ECDC), must be viewed in the context of the general management of patients with imported eosinophilia — eosinophilia being a condition that indicates that the individual may have a disease caused by a parasitic worm. I do know that primary care has been greatly affected and impacted by the pandemic, but new e-consultation and telemedicine models are making it possible for hospital specialists and primary care specialists to quickly get in touch with each other and work closely together. This technology can play a critical role in the shared care of patients with these types of diseases.”

The document recommends that serologic screening for schistosomiasis be considered for the following patients: asymptomatic individuals who have come from endemic regions and were exposed to freshwater sources; those who present with symptoms consistent with those of the disease; and patients for whom clinical exams or lab tests suggest acute schistosomiasis (eosinophilia is usually a sign). Screening for chronic schistosomiasis is indicated if the necessary resources for diagnosis and treatment are not available. The following considerations support screening asymptomatic individuals: the high prevalence of parasitic infection among migrants from endemic regions and among people who have traveled to those places; and the possibility of preventing serious complications and secondary transmissions.

The working group recommends that all at-risk individuals undergo screening, no matter how long it’s been since they were last in an endemic zone. This is because the parasites can live for over a decade. If primary care physicians don’t have access to diagnostic tests or to treatments, patients should be referred to specialists with experience in tropical diseases. A definitive diagnosis is made through the detection of blood fluke eggs in urine, stool, or body tissues. Through such detection, the species responsible for infection can be identified.

To prevent and control the disease, the European health authorities recommend serologic screening of at-risk population groups. Because primary care is usually the first point of contact with the healthcare system for these infected patients, primary care physicians must know the main characteristics of schistosomiasis and be provided with the necessary means for its diagnosis and treatment. Yet physicians in healthcare centers face significant limitations when it comes to identifying and treating these patients.

Joaquín Salas, MD, director of the Tropical Medicine Unit at Poniente Hospital in El Ejido (Almería) and the document’s first author, explained these difficulties. “In Spain, we currently have the problem where the care of migrant patients varies greatly between the different autonomous communities — and even within an autonomous community, depending on geographical areas. This variability is caused, in large part, by the number of migrants that they serve. In places that have a large sub-Saharan migrant population, there are health centers that have gotten to a point where they’re able to request serologic testing for schistosomiasis. Unfortunately, in many instances, this testing is still only available to specialists. The objective of documents like ours is to make not only physicians but also managers aware of the importance of diagnosing and treating this disease as early as possible. Raising awareness is complicated, to a large extent, by the lack of knowledge about this disease — something that’s seen with many other ‘neglected diseases’ which primarily affect the poorest people in poor countries.”

Llanes explained that an autonomous community can individually approve serologic screenings and incorporate them into its primary care programs, regardless of whether they can be approved at the state level. He pointed out that this is what happened with Chagas disease. “To prevent vertical transmission, a protocol for pregnant women was implemented by several communities; it’s about to be approved on a national level.”

But there’s another obstacle to treating schistosomiasis. At the moment, the recommended antiparasitic treatments (eg, praziquantel) are considered foreign medications. This makes it difficult for primary care physicians and specialists to have access to them. Even so, Salas believes “that in some places, pharmacy units facilitate things in such a way that physicians who prescribe those treatments are able to obtain them quite quickly and with less red tape. Be that as it may, ideally, the medication would be available in our country’s pharmacies, and it could be prescribed without these kinds of bureaucratic obstacles. The same thing happened with ivermectin, which is used, among other things, to treat strongyloidiasis, and which, for a few months now, has been on the market without restrictions. We hope the same will happen soon with praziquantel.”

Although schistosomiasis is not endemic to Spain, various factors are contributing to an increase in the number of cases within its borders. Salas said that “without a doubt, climate change and global warming are influencing the expansion of vectors — mosquitos, ticks, snails — that can transmit, to places like Europe, diseases referred to as ‘tropical.’ In the case of schistosomiasis, it’s been shown that Bulinus snails, intermediate hosts for Schistosoma, have adapted perfectly to Almería here in Spain and to the French island of Corsica, where winters are more and more temperate. But not only is this adaptation due to climate change, those same snails have acquired specific capabilities that allow them to better tolerate temperatures lower than those they initially had in the areas where they’re from in sub-Saharan Africa. To sum up, the colonization of new territories is due as much to a change in the climate — temperatures gradually rising — as to adaptations of the vectors themselves.”

Llanes noted that “the case involving the farmers in Almería shows that the vectors in Europe can, in fact, transmit the disease, basically because Schistosoma haematobium, human, can develop hybrids with schistosomes of cattle origin, S bovis — hybrids that can be transmitted through European snails. This is what happened with the outbreak in Corsica, its vector being the freshwater snail Planorbarius metidjensis — as I said, shown to be implicated in Corsica’s significant outbreak, to which subsequent cases are still being traced. Obviously, the effects of climate change — temperatures rising and extreme meteorological phenomena increasing — on the infections transmitted by vectors are of the utmost importance and, together with the process of globalization, are what makes us consider these types of conditions to be emerging diseases or emerging infections.”

This article was translated from Univadis Spain.