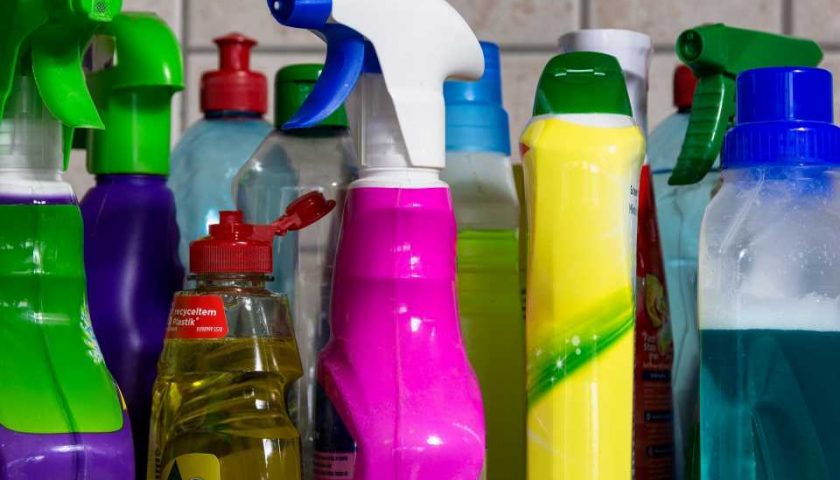 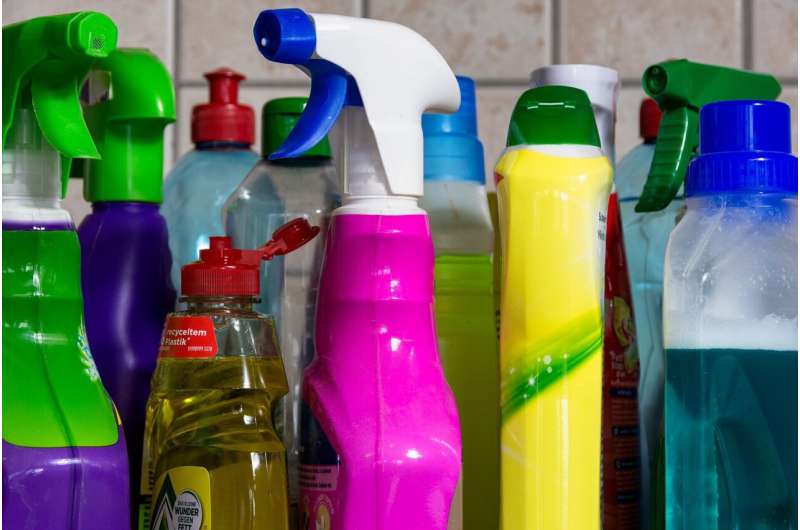 We tend to think of disinfectants as our allies in the fight against disease, a feeling that may never have been stronger than during the COVID-19 pandemic. But now a groundbreaking Macquarie University study has found a commonly used disinfectant may be a double agent, blocking antibiotics from working and even promoting antibiotic resistance.

Antimicrobial resistance is a huge, ever-growing, challenge for global healthcare, and among the worst offenders is a group of resistant bacteria known as the ESKAPE pathogens.

These common bacteria—Enterococcus faecium, Staphylococcus aureus, Klebsiella pneumoniae, Acinetobacter baumannii, Pseudomonas aeruginosa, and Enterobacter species—are harmless enough in their natural habitats of gut, soil or water. However, if a patient who is already critically ill or immunocompromised comes into contact with one, it can result in life-threatening illness including pneumonia, sepsis and wound infections.

One of the last lines of defense against the ESKAPE pathogens are aminoglycoside antibiotics, but now they, too, are under threat from friendly fire.

A team led by Dr. Francesca Short and Professor Ian Paulsen, from Macquarie University’s Department of Molecular Science, tested the effects of the disinfectant benzalkonium chloride (BAC) on aminoglycosides and the ESKAPE pathogens.

“BAC is a biocide disinfectant valued for being non-toxic, and as a result is widely used in healthcare, food safety and agriculture, as well as in common household products such as antibacterial wipes, wound disinfectants, eyedrops and eardrops,” Dr. Short said.

“Biocides are not regulated in Australia, and there isn’t a lot of information on what they are doing to the bacteria they are being used on.

“Our study found BAC could not only prevent aminoglycoside antibiotics from working, but also promote the evolution of resistant bacteria, which is extremely concerning given how widely BAC used.”

Mutants on the march

This study—funded by a grant from the National Health and Medical Research Council—is the first time researchers have systematically examined the interaction between BAC and aminoglycosides.

The team found even when administered at low levels, BAC can block aminoglycosides from doing their job, as it prevents the antibiotics from entering the bacterial cell.

“It also dramatically increases the frequency at which new, potentially resistant mutants emerge.

“Our results suggest that measures need to be taken to prevent the exposure of bacteria to lower levels of BAC—levels that are not high enough to kill bacteria but may be high enough to allow mutations to occur or help the bacteria gradually get used to the effects of the antibiotics.

“While disinfectants like antibacterial wipes usually contain high levels of BAC that are sufficient to kill the bacteria they come into contact with initially, they still pose a risk as this compound has a long half-life, which means it remains in the environment for a long time before breaking down.

“Our results also suggest that the effectiveness of aminoglycosides may be reduced by low levels of BAC taken at the same time, for example, if someone were using antibacterial eyedrops while taking a course of antibiotics.”

Dr. Short said further research would help guide us in using these products to best effect, while reducing the risk of them causing bacteria to become more resistant.

“There are many different factors determining which disinfectants are best for hospitals, and obviously we can’t simply stop disinfecting surfaces in healthcare settings,” she said.

As consumers, though, we shouldn’t choose antibacterial products as a default just because we think they’re giving our families better protection.

“If you’re cleaning around the house, in general there’s no need to use anything marked ‘antibacterial.'”

“Ordinary soap and cleaning products will remove nearly all the germs. While it’s a good idea to use a bleach-based product on your toilet, you simply don’t need hospital-grade disinfectant for your bathroom sink or a wipe that leaves an antibacterial residue on your kitchen bench.

“When it comes to personal care products like eyedrops, in future, it would be preferable to switch to single-use, pre-sterilized products instead of using chemical preservatives, as BAC not only reduces the effectiveness of antibiotics, but can also cause irritation and even eye damage with long-term use.”

The work grew out of a research project for 18 students in Macquarie University’s Molecular Sciences Capstone Unit.

The preliminary data was generated by the class, and they are all included as consortium authors on the paper, recently published in The Lancet journal EBioMedicine. Two of the students, Victor Lee and Rafa Mamun, returned over the summer break to continue to work on the project and have been listed as the second and third authors.