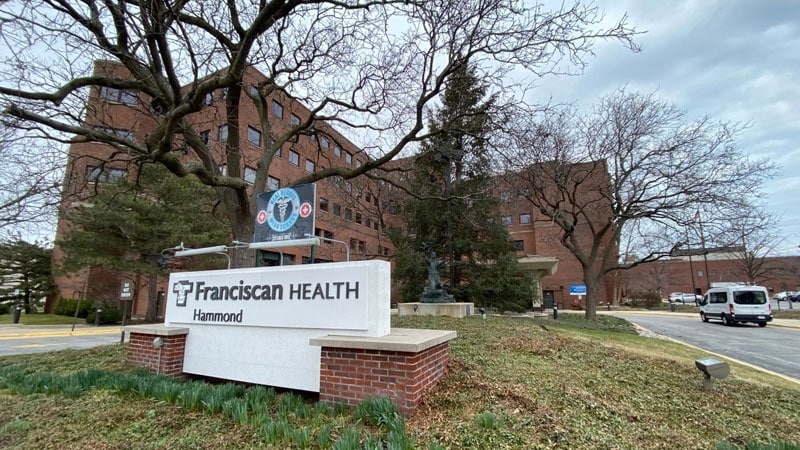 HAMMOND, Ind. — In 1898, three nuns took a train to this city along the south shore of Lake Michigan to start a hospital.

They converted an old farmhouse into a seven-bed medical center. They treated their first patient for a broken leg amid carpenters hammering nails. Surgeons laid their patients on a kitchen table for operations.

The hospital — then named after St. Margaret, known for her service to the poor — eventually became one of the largest in the area. Hundreds of thousands of Indiana and Illinois residents took their first, or last, breaths there.

A hundred twenty-four years later, the hospital has, in a sense, come full circle. This spring, Franciscan Alliance, the nonprofit owner — still affiliated with the same Catholic order of sisters — plans to demolish most of the 226-bed Franciscan Health Hammond complex, leaving only eight beds, an emergency department, and outpatient services. The move cost 83 jobs at the hospital and 110 more at a long-term acute-care center that rented space there.

The news stung many in this Rust Belt city of nearly 80,000 people, who have watched businesses — and neighbors — flee Hammond for decades. It’s especially painful, they say, because the hospital system has dedicated more than half a billion dollars in recent years to new facilities in wealthier, less-diverse communities.

“It’s deplorable that a Catholic institution like the Franciscans would make a financially motivated decision and leave thousands of people potentially at risk,” said Mayor Thomas McDermott Jr., who complained that he was informed of the downsizing barely two hours before it was announced publicly. “I’m not trying to be alarmist, but people are gonna die because of this decision. And they know it.”

But the larger question is whether Hammond needs a hospital with hundreds of beds, given the shifts in medical practice and transportation in the 21st century. Only 50 to 60 of its beds are full on most days, said hospital CEO Patrick Maloney. Another Franciscan Alliance hospital is only 6 miles away. Much more care today is being delivered on an outpatient or virtual basis than even five years ago.

And the Hammond site has had quality concerns. It rates only one out of five stars on Medicare.gov, the lowest possible score and worst of any of the nine rated hospitals in its county.

“Stewardship of our resources is one of the components of our Catholic mission,” Maloney stated in an email. “Key to that is efficient delivery of care.”

He noted that Franciscan is investing $45 million to transform the campus and will continue to operate a medical clinic there for uninsured or underinsured patients, as well as services like imaging, a medical lab, and prenatal care.

While rural hospital closures often get more attention, cities like Hammond have also been prone to losing medical services, as health systems adjust to changes in care, and opt to invest in places where more people have private insurance. But the shutdowns raise questions about the changing mission of nonprofit hospitals — and whom they help.

Since the 1930s, the urban hospitals most likely to close are those serving low-income, minority populations, according to research by Alan Sager, professor at the Boston University School of Public Health. He calls large swaths of Detroit and New York City “medical wastelands.”

When the city hospital in Hartford, Connecticut, contracted in the 1970s, it kept its emergency room running — until that got too expensive, Sager said. “I predict, within a decade, despite the best intentions of everyone involved, it will prove financially unsustainable to support an eight-bed hospital plus ER in Hammond,” he said.

Hammond’s population is down about a third from its peak in the mid-20th century. Like other former manufacturing hubs in the Midwest and Northeast, the city has been hollowed out by deindustrialization and white flight to suburban areas. It is in the part of Indiana, affectionately known as “the Region,” that’s essentially an extension of south Chicago, crisscrossed with freight train tracks, dissected by interstates, littered with factories in various states of decay.

On a recent overcast morning, Franciscan Health Hammond’s parking garage and surrounding lots were mostly empty. A sprinkling of people trickled out of the hospital. A sign advised that birthing services had moved to the suburbs.

The ZIP code that covers the hospital and its surrounding neighborhood has a poverty rate of 36%, with a median household income of $30,400. Its population is 82% Black and/or Latino. The hospital treats a large share of patients on Medicaid, the government insurance program for low-income people, which typically pays health care providers a lower rate than Medicare or private insurance.

For Franciscan Alliance, the driving factors in shrinking Franciscan Health Hammond were the costs required to maintain the aging infrastructure, and less demand for care expected in that part of “the Region,” Maloney said.

He said Hammond residents are welcome at Franciscan Alliance’s hospital 6 miles away in Munster, Indiana. The organization has spent at least $133 million in recent years on that facility, located in a wealthier suburb only a few blocks from a larger, competing hospital.

But for Carlotta Blake-King, a Hammond school board trustee, that’s not close enough, especially since the area doesn’t have much mass transit. “I’m a senior citizen. I don’t like to drive,” she said. “Everybody can’t afford a car.”