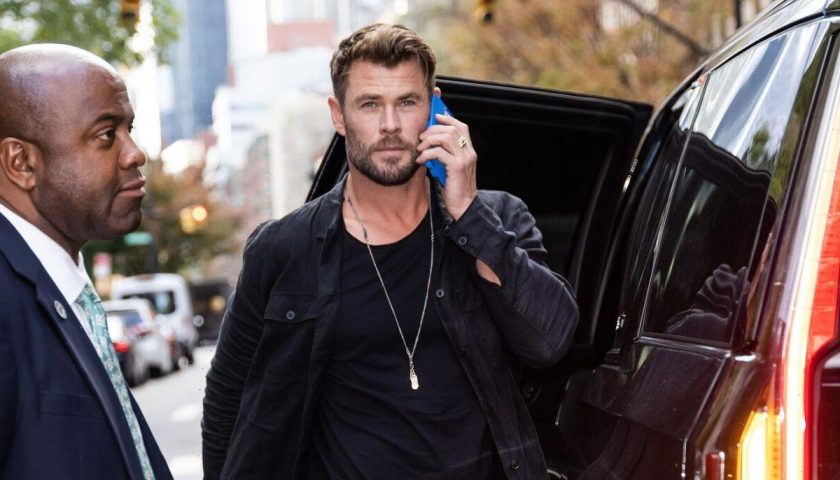 On his latest project, Limitless – a new Disney+ docu-series – Chris Hemsworth found out he is genetically predisposed to developing the most common form of dementia. Following a revealing blood test, the Thor actor was told he is eight to 10 times more likely to develop Alzheimer’s than the general population. This is because he is one of only two to three percent of people who has two copies of the gene APOE4.

People who have the inherited gene, however, are not guaranteed to develop the brain-robbing condition.

Speaking to Vanity Fair about the worrisome finding, Hemsworth said he is now going to take a “good chunk of time off” from acting to focus on his family.

The 39-year-old said: “Doing an episode on death and facing your own mortality made me go, ‘Oh, God. I’m not ready to go yet’.

READ MORE: Acholic stools are ‘the most common’ sign of pancreatic cancer in ‘initial’ stages

“I want to sit and be in this space with a greater sense of stillness and gratitude. And then you start talking about kids and family…”

Hemsworth is going to dedicate his hiatus from acting to spend time with his wife, Elsa Pataky, and their three children – India, 10, and twin boys Sasha and Tristan, eight.

“It really triggered something in me to want to take some time off. And since we finished the show, I have been completing the things I was already contracted to do,” Hemsworth added.

Although having a genetic disposition to develop Alzheimer’s can be concerning there are ways to help minimise such a risk.

People who are in this position, and even for those who aren’t, one of the best ways to reduce the risk of Alzheimer’s is by being a non-smoker.

The NHS adds that improving your cardiovascular health is the key to decreasing your dementia risk.

In order to reduce Alzheimer’s risk, it helps to “keep alcohol to a minimum”, which means that you should have several drink-free days.

The more you abstain from alcohol, the healthier you are more likely to be.

READ MORE: Acholic stools are ‘the most common’ sign of pancreatic cancer in ‘initial’ stages

Yet, moderating (or abstaining) from alcohol consumption is only one factor in reducing your Alzheimer’s risk.

Another is to eat a “healthy, balanced diet” that includes “at least five portions of fruits and vegetables every day”.

Exercise is also paramount; people are encouraged to move their body for at least 150 minutes each week.

An inactive lifestyle, social isolation, and untreated depression could play into the development of Alzheimer’s.

It’s for this reason that in addition to a healthy lifestyle, socialising with uplifting friends and family is helpful.

“There’s some evidence to suggest that rates of dementia are lower in people who remain mentally and socially active throughout their lives,” the health body states.

Other activities that could reduce the risk of Alzheimer’s includes: