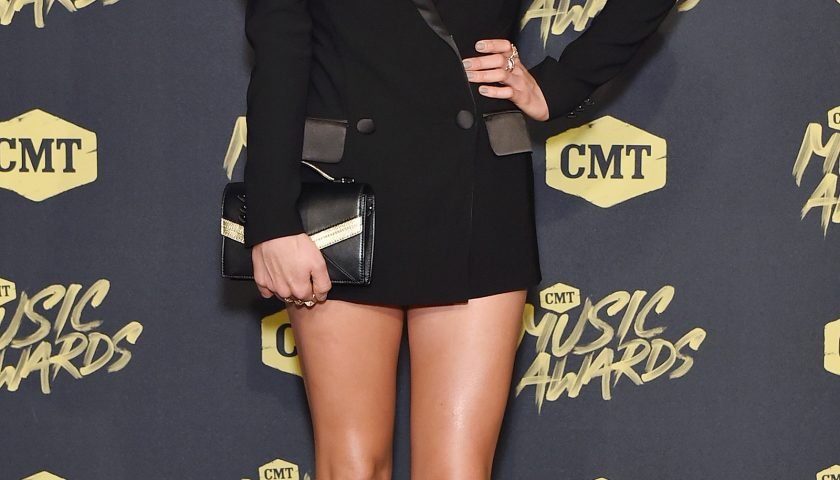 After a fun concert in Iowa, Carly Pearce was pumped to see how her fans reacted on Instagram. But instead, she found a rude message from a follower who sent close-up photos of her stomach and asked, “Are you pregnant?”

Instead of deleting the message, the country singer decided to share the message with her 266,000 Instagram followers and turn it into a teachable moment.

Pearce’s Instagram is usually filled with fun photos with her fiancé Michael Ray or videos from her latest performance, so she was initially nervous about going public with the offensive message.

“It was difficult for me to post,” she said. “Nobody wants to show the bad pictures when you can post the wonderful photos from the [tour] photographers. I always want to remain true to who I am, and show that I go through this too.”

And it makes sense that Pearce — a dedicated runner and meal prep enthusiast — chose to speak out.

“I want people to think of me as somebody who is an advocate for health and taking care of your body,” she said. “I’m not trying to run the most miles or eat the most healthy food, but to be an advocate of health and finding balance. I want to kill this body-shaming situation we’ve got going on, because it’s bulls—.”

For Pearce, running isn’t about having the perfect body, but about mental health.

“I think [running] just starts my day right, gets me in the right mind, and gets me on the right foot,” she said. “It helps me mentally as well, it’s like therapy in a weird way. It has made me a better singer, and helps keep my energy up on stage. I run on show days to get myself going.”

RELATED VIDEO: Country Singer Carly Pearce Reveals There Will Be Love Songs on Next Album: ‘Yes, I’m in Love’

But regardless of how much she or anyone else exercises, Pearce’s message is simply to “love the skin you’re in,” she said.

“You’re never going to be 100 percent perfect in someone’s eyes.”