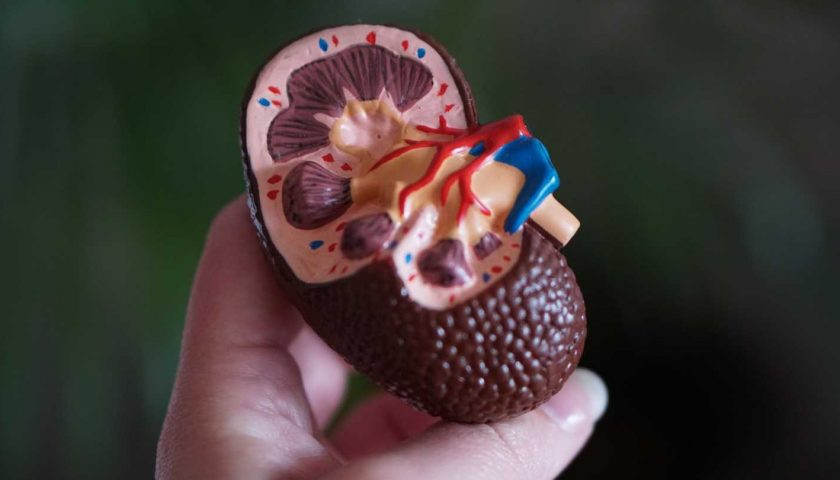 In returning astronauts, there have been more than 30 reports of kidney stones, a painful and debilitating condition, though until now there has been little research into why this occurs.

With speculation that years-long passenger flights to Mars are just five years away, it is becoming increasingly important to improve our understanding of how sustained exposure to weightlessness and cosmic radiation affects health, and in particular, organ function.

Lead researcher Dr. Stephen B. Walsh, Associate Professor in the Department of Renal Medicine, UCL Division of Medicine, said, “Should humans travel to Mars, they will be exposed to far greater and more intense levels of galactic cosmic radiation, subjecting every cell in the body to a mixture of hard gamma radiation and exotic particles.

“The effects could be devasting: While many organs can withstand some radiation, the kidney is one of the most sensitive to radiation; therefore the impact of an almost two-year long mission into deep space could be catastrophic, leading to a dramatic decline in function.

“Through this research we hope to assess in detail the cellular changes microgravity (weightlessness) and galactic cosmic rays make to kidneys, and how this could be mitigated through medicine.”

For the study researchers at UCL will examine the kidneys from mice that lived on the International Space Station (ISS) for more than a month, provided by Dr. Jonathan Galazka, Space Biosciences Division, NASA Ames Research Center. The ISS circulates in the thermosphere (or low earth orbit) exposing the mice to microgravity.

In addition, the team will study the kidneys from mice irradiated in NASA’s ground-based Galactic Cosmic Ray (GCR) simulator, based at the Brookhaven National Laboratory in New York. Half the GCR exposed mice were given novel anti-microRNA countermeasure treatments to see if this would prevent or reduce any cellular damage as part of a larger study by Dr. Afshin Beheshti, Principal Investigator at KBR at NASA Ames Research Centre.

The kidneys will be scrutinized using big data “omics” approaches to look for changes in the levels of biomolecules across the entire spectrum of proteins and RNA found in the kidney.

Furthermore, whole-organ 3D imaging techniques will be used to capture any structural changes and microscopic damage.

Dr. Walsh added, “Kidney stones are a real danger. One Soviet mission almost had to undertake an emergency re-entry when the lead cosmonaut developed a kidney stone in orbit. It is critical, now that long term space missions are planned, to work out how and why microgravity increases the risk of kidney stone formation so we can take steps to avoid this.

“We also have a unique opportunity to study kidneys exposed to a GCR dose equivalent to that of a Mars round trip; we will be looking for signs of damage to the mitochondria, energy-producing compartments of the cell that are vital to both the health and function of the kidney.”

Dr. Keith Siew, Sir Henry Wellcome Postdoctoral Fellow in the Department of Renal Medicine, UCL Division of Medicine, said, “The health impacts from this research will not only be confined to astronauts and space tourists.”

“Understanding the causes of kidney stone formation may help to develop strategies to slow the increasing incidence here on earth, or the studies of countermeasure efforts could one day help limit radiation damage to healthy tissue caused during radiotherapy.”

Libby Jackson, Exploration Science Manager at the UK Space Agency, said: “As we continue to push the boundaries of space exploration, we have a duty to look after our pioneering astronauts.”

“This research by UCL will help support longer and more challenging space missions, while potentially delivering health benefits for us here on Earth. It’s exciting to see this cutting-edge research taking place here in the UK.”