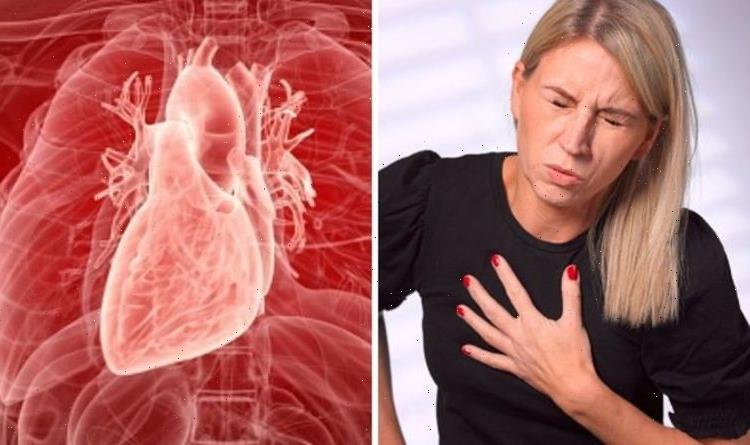 A broken heart isn’t just a turn of phrase, when you are sad, heartbroken or grief-stricken you can develop a condition called Takotsubo cardiomyopathy (also known as Broken Heart Syndrome). What causes this condition and can you die from a broken heart? The British Heart Foundation has revealed everything you need to know.

There are plenty of historical examples of people dying suddenly after a traumatic or emotional event, but this phenomenon was formally described as Takotsubo cardiomyopathy in the 1990s in Japan.

People were rushed to hospital after the death of someone close to them and dramatic changes in their hearts were noted.

Takotsubo cardiomyopathy is defined as a condition that happens when part of the heart muscle becomes weakened, usually as a result of emotional trauma.

While we know the condition more commonly by Broken Heart Syndrome, the medical term comes from Japanese.

Takotsubo comes from the Japanese term ‘tako-tsubo’, which is a traditional octopus pot that looks similar to the left ventricle of the heart during a Takotsubo event.

The left ventricle is the heart’s largest chamber and during the event it swells and changes shape, stopping the heart from pumping properly and reducing blood flow.

This causes heart attack-like symptoms including:

Medical experts aren’t 100 percent sure on the cause of Takotsubo cardiomyopathy, but according to the Heart Foundation in New Zealand, the causes can include things like:

However, sometimes Takotsubo can occur after an extremely happy event such as winning a large sum of money or a family reunion.

In about a third of cases, people are unable to identify any kind of stress that might have triggered their event.

Approximately 90 percent of those who experience the condition are women, particularly women who have been through menopause and are around 66 years old on average.

Can you die from a broken heart?

Yes, you can absolutely die from Broken Heart Syndrome.

The condition can’t be treated and you can’t prevent it from happening again, according to the British Heart Foundation.

Dr Dana Dawson from the University of Aberdeen, funded by the BHF, is working on a project to find out if inflammation in the heart and body is the key mechanism driving the ‘broken heart’ and preventing recovery.

The BHF site reads: “They are looking at how, and across what kind of timescale, this inflammation develops.
“Scientists are using magnetic resonance imaging (MRI) scans to detect inflammation in the heart and will study whether the chronic symptoms of broken heart syndrome are due to this inflammatory response.

“Finding out more about what happens during Takotsubo syndrome is key to developing effective treatment.”