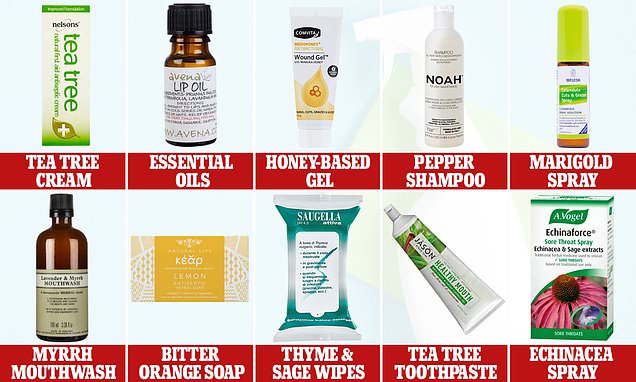 Can tea tree and thyme work as well as antiseptic creams? We review a selection of products that promise to fight germs without chemicals

But recently, partly driven by fears over growing bacterial resistance, scientists and manufacturers have developed antiseptics with more natural ways to fight germs.

Man-made antiseptics work by targeting and killing a single part of a bacterium — but this part can evolve over time, rendering the antiseptic ineffective.

The suggestion is that natural antiseptics are more complex, containing a mixture of active compounds which are thought to work together to target different parts of the bacterium, making resistance less likely.

This has led to a boom in traditional antiseptic ingredients, such as tea tree oil and manuka honey. Research last year found that seven in ten people preferred to buy products labelled ‘natural’.

But are nature’s antiseptics effective? Good Health asked experts to review some of the latest products, from creams to toothpastes. We then rated them. 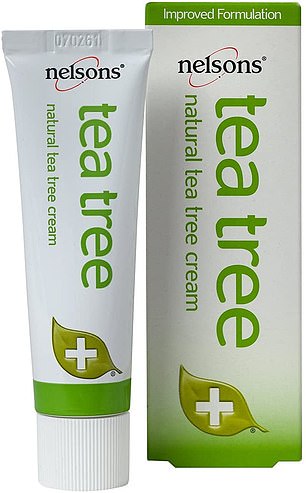 Claim: A ‘soothing’ skin cream that uses Australian tea tree oil (extracted from the leaves of the melaleuca plant), noted for its ‘excellent antiseptic properties’, says the maker.

Expert verdict: ‘There’s some limited evidence for the anti-microbial and anti-inflammatory effects of tea tree oil on skin,’ says Justine Hextall, a consultant dermatologist at Tarrant Street Clinic in Arundel, West Sussex. ‘But there haven’t been any robust studies done on real people: most just look at its effect in test tubes.

‘Pure tea tree oil should contain at least 30 per cent of the main antibacterial ingredient, terpinen-4-ol, but tea tree oil-based formulations can vary in concentration — there’s no accepted effective level.

‘It’s not clear how much this cream contains. It shouldn’t do harm, though, and may help with minor scrapes or rashes.’ 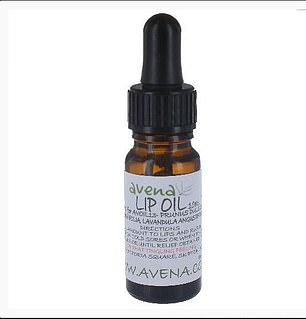 Claim: A blend of ‘antifungal and antiseptic essential oils’, including tea tree and lavender, ‘for cold sores’.

Expert verdict: ‘Around 65 per cent of adults have been exposed to the common herpes virus, which causes cold sores around the mouth,’ says Dr Hextall.

‘Once caught, it lies dormant in the nervous system but can be reactivated by stress, sunlight and physical trauma, causing a sore.

‘Antiviral medications that prevent the virus replicating are the first-line therapy, with acyclovir the most commonly used. But the virus appears increasingly resistant to acyclovir — some clinical studies suggest it doesn’t work in a third of cases.

‘Lavender oil has some proven benefits but may irritate sensitive skin. It might be worth trying this product if topical acyclovir doesn’t reduce a flare-up. Oral acyclovir, which is stronger, may be prescribed for severe infection.’ 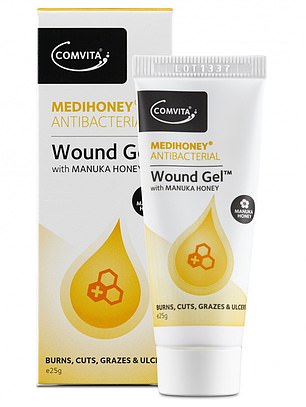 Claim: A gel made from ‘sterilised medical grade’ manuka honey ‘to help promote wound healing and reduce the risk of infection for broken skin’.

Expert verdict: ‘Manuka honey is graded in terms of its UMF [unique manuka factor], reflecting the quantity of the naturally antibacterial methylglyoxal — produced when bees turn nectar from the manuka bush into honey,’ says Dr Hextall.

‘A score of ten (out of 25) — as contained in this product — is required for a product to be classed as ‘medical grade’.

‘Medical-grade manuka honey is used in some NHS hospitals to help heal leg ulcers and prevent infection in Caesarean scars. A 2012 review by Cardiff Metropolitan University concluded that dressings made from the medical-grade honey could be useful in fighting the superbug MRSA.

‘Those allergic to bees should avoid it, but overall it could be safe and effective.’ 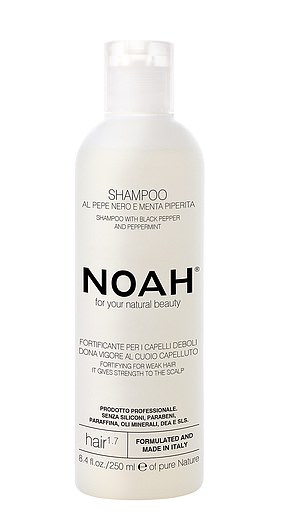 Claim: This contains black pepper and peppermint essential oil, which have ‘antiseptic and antibacterial properties which help to improve scalp health’.

Expert verdict: ‘There is some evidence for the antiseptic effects of black pepper oil and the antibacterial and anti-fungal effects of peppermint oil,’ says Dr Hextall.

‘Both contain active compounds [aldehydes and phenolics] that can kill bacteria in test tubes. The most common scalp problem I see is caused by malassezia, a yeast fungus that can cause seborrheic dermatitis — areas of red, flaky skin around the eyebrows and nose — and scalp dandruff.

‘The most successful treatments are zinc pyrithione, which inhibits the growth of yeast, and ketoconazole, which kills the yeast. For extreme flaking I recommend an anti-inflammatory prescription lotion such as betnovate and a shampoo with ketoconazole.

‘This shampoo may help milder yeast infections, but it also contains essential oils which can irritate some skin.’ 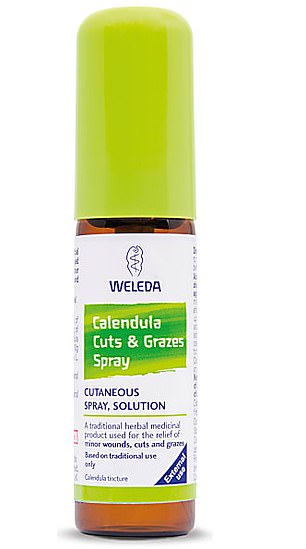 Claim: A cleansing spray with ‘the naturally antiseptic properties of calendula [a flower also known as marigold] extract’.

Expert verdict: ‘The packaging says this product is ‘based on traditional use only’, meaning it isn’t backed by scientific evidence but by its history as a herbal remedy,’ says Dr Thivi Maruthappu, a consultant dermatologist at London’s Cadogan Clinic.

‘Studies comparing calendula extract with antimicrobials such as chlorhexidine [found in products such as Savlon] found it killed fewer bacteria. 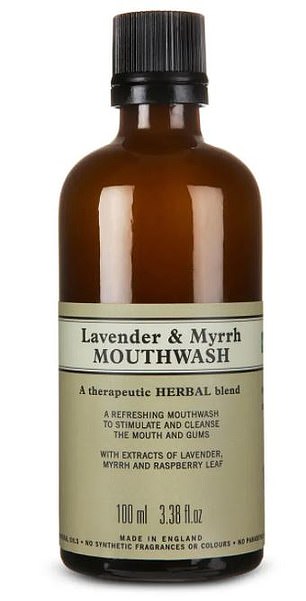 Claim: A mouthwash containing lavender oil and myrrh extract with ‘antiseptic properties to care for gums and keep breath fresh’.

Expert verdict: ‘Myrrh is a well-studied antiseptic, although I know of no data studying its long-term use in the mouth,’ says Bill Schaeffer, a dental surgeon at The Implant Centre in Hove, East Sussex.

‘Equally, I don’t know of any research on the effectiveness of lavender alone, so it’s difficult to assess this product’s benefits.

‘This also contains alcohol — and some studies have linked the long-term use of mouthwashes containing alcohol with an increased risk of mouth cancer.

‘However, a 2020 review of all data by Barcelona University found the link held only if the users were also smokers, because alcohol makes the mouth’s cell walls more permeable to the carcinogens in cigarette smoke.’

Claim: This contains bitter orange extract, which the manufacturer says has ‘antiseptic properties’, plus glycerin to ‘moisturise skin’.

‘Although the soap contains the natural moisturiser glycerin, naturally derived ingredients such as linalool, geraniol and citronellol, also used here, are increasingly causing contact dermatitis, an allergic response in the form of an itchy, red rash. 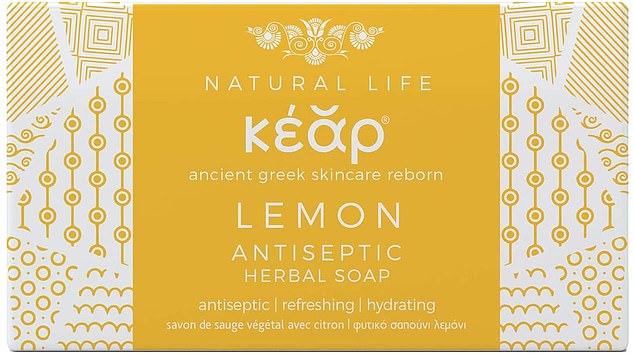 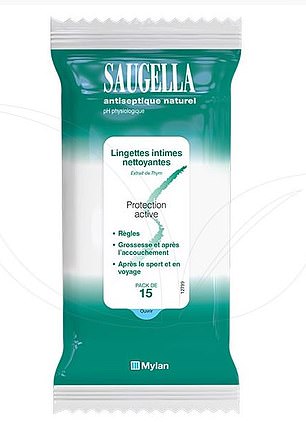 Claim: A wipe containing thyme and sage extracts ‘with antibacterial and deodorising properties’, for ‘soothing irritation in the vaginal area’.

Expert verdict: ‘Studies show thyme and sage herbal extracts have antiseptic properties, so these are likely to be effective cleansers,’ says Dr Nisa Aslam, an NHS GP based in East London.

‘But I’d be wary of using them in the vaginal area, as disturbing the pH of this very delicate skin can cause irritation, inflammation or infections. Vaginal irritation is common, but it’s important to have it checked by a GP. Plain water is best for cleaning this area.’

Expert verdict: ‘There is a little research to suggest that taking the antioxidant CoQ10 as an oral supplement may benefit gum health — but it’s better to brush your teeth and gums for two minutes a day,’ says Bill Schaeffer.

‘There’s no telling how much CoQ10 or the mild antiseptic tea tree oil this contains. Fluoride is the most important ingredient — research shows it can reduce decay by at least 25 per cent. 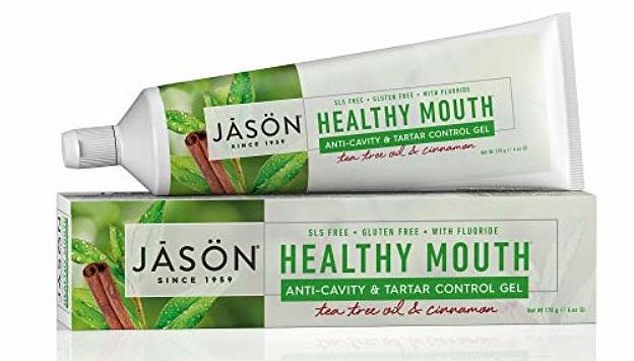 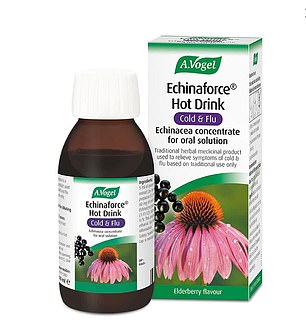 Claim: Spray ‘to relieve sore throats’ based on the herbal remedies echinacea and sage.

Expert verdict: ‘Sage has a well-studied natural antiseptic effect and is a good inclusion,’ says Dr Aslam. ‘But respected studies have found that echinacea, extracted from a type of daisy, has little antiviral benefit compared with a placebo.

‘This product also contains peppermint oil, which can soothe inflamed throat tissue — the menthol binds to cold receptors in the throat, sending signals to the brain which produces a cooling sensation — and around 40 per cent alcohol [to help preserve the herbal extracts], so avoid it if you have any problems with alcohol.