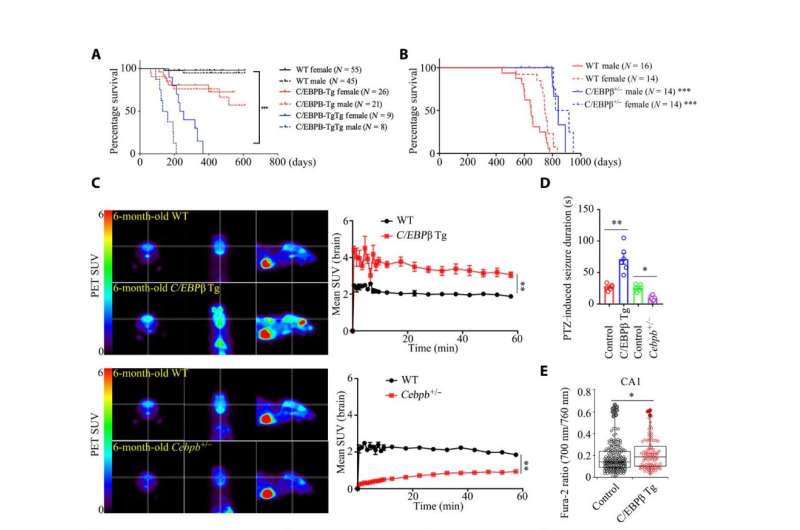 Cognitive decline during normal aging is exacerbated in neurodegenerative disease including Alzheimer’s disease (AD). While it is not yet known exactly what causes AD, there are a number of risk factors that make a person more likely to get it. Among them, aging is the most prominent one.

Recently, a research team led by Prof. Keqiang Ye from the Shenzhen Institute of Advanced Technology (SIAT) of the Chinese Academy of Sciences has revealed that C/EBPβ/Asparagine endopeptidase (AEP), a chronic inflammation-activated transcription factor and its downstream player in the brain, accelerates the progression of AD. Moreover, this pathway in nerve cells in the brain dictates life expectancy as well.

The study was published in Science Advances on March 30.

To explore C/EBPβ’s role in aged nerve cells, Prof. Ye’s lab generated a mouse model that selectively overexpresses C/EBPβ in the brain to mimic aged animals. They found that the mice’s life span was shortened in a gene dose-dependent manner. 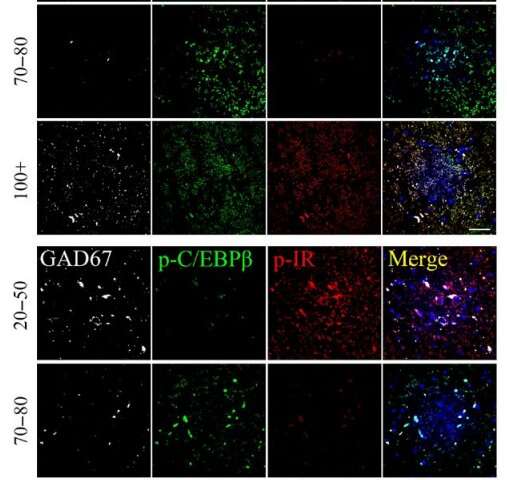 Remarkably, the mice with C/EBPβ overexpression in nerve cells exhibited impaired cognitive function, similar to dementia in the aged brain. On the other hand, these animals also displayed prominent neuro-excitation.

Loss of γ-Aminobutanoic acid (GABA), the primary inhibitory neurotransmitter in the brain, is a key component of AD. Loss of GABA and GABAergic neurons in AD patients may be responsible for network hyperactivity manifesting as seizures, resembling what is observed in C/EBPβ transgenic mice. Prof. Ye found that extended longevity and cognitive preservation in humans is associated with coordinate downregulation of both C/EBPβ and AEP.