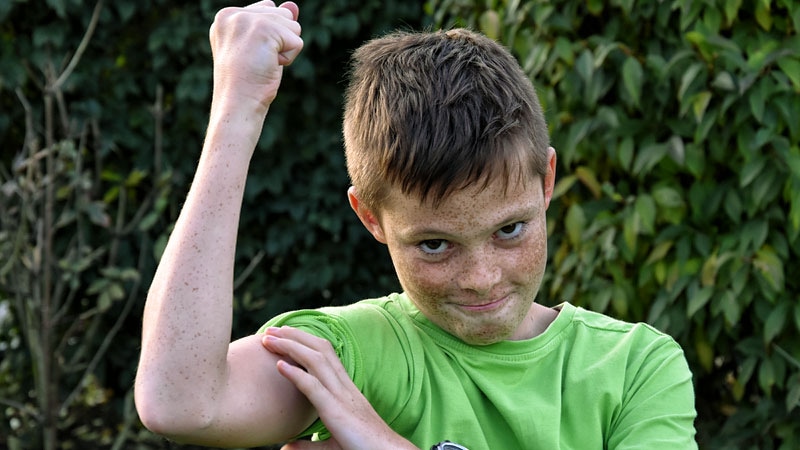 Why are teenage boys obsessed with bulking up?

While the effects of Instagram on girls’ body image has long been documented — an article in The Wall Street Journal that was published this fall reported that Facebook knew Instagram was toxic for teen girls — teenage boys are under just as much pressure.

For adolescent boys, the goal is often to get superhero-size buff — and this is leading to anxiety, stress, selfies, and, often, obsessive staring in the mirror to assess their “pec” progress.

“The pandemic and social media have been a perfect storm for eating disorders and body image issues for all teens, but this has been under-recognized in boys,” says Jason Nagata, MD, a pediatrician who specializes in adolescent medicine at the University of California, San Francisco. “Both are directly connected to an increase in muscle dysmorphia.”

While “bigorexia” is a newer term coined by mental health professionals, the concept of muscular dysmorphia isn’t, says Jennifer Bahrman, PhD, a licensed psychologist with McGovern Medical School at UTHealth Houston. This may be why about a third of boys ages 11 to 18 reported that they aren’t enamored with their bodies, according to a small survey published in 2019 in the Californian Journal of Health Promotion.

“When we think of dysmorphia, we think of girls having it since we see it more in females,” says Bahrman, who works extensively with adolescents and athletes. “The interesting thing about muscular dysmorphia is that it’s the only body dysmorphic disorder that’s almost exclusively present in males.”

Unlike other things in boys’ lives, like movies, TV, or even the uber-buff GI Joe doll, social media has created opportunities for young men to put their bodies on display — and become an influencer or get followers because of it.

“An everyday teen can become a celebrity,” Nagata says. “Then, thanks to social media algorithms, if a teenage boy likes or interacts with a post that features a muscular guy or is all about fitness, they’ll start getting all sorts of related content. They’ll get bombarded with tons of ads for protein shakes, for example, as well as bodybuilding equipment, and that will further distort reality.”

Before-and-after photos are also known to be quite misleading.

“Some of the most popular Instagram posts among teens feature people who have experienced a massive body transformation,” Nagata says. “It’s usually someone who lost a lot of weight or someone who was scrawny and then got muscular. The most drastic changes tend to get the most likes and are perpetuated the most and shared the most often with friends.”

But as many are aware, photos posted to social media are selected to tell the best story — with the best filters, lighting and angles possible, however exaggerated.

“A guy will post his worst picture out of a thousand for his before shot and then post the best photo out of a thousand,” Nagata says. “This, in itself, can really confuse a teenager because the story of this person’s changed body looks so realistic.”

Worse, these images tend to be damaging to your teenager’s self-esteem.

“When you see images of people you’re aspiring to look like, it can be very upsetting,” Bahrman says. “After all, it’s easy to think, ‘I’m doing all of these pushups and I don’t look like this.’ From there, it’s easy to begin internalizing that something is wrong with you.”

Red Flags to Watch Out For

If you’ve noticed that your son is obsessed with his appearance, weight, food, or exercise, take note. Also, notice if he’s asking you to buy protein powder or is spending more time at the gym than with his friends.

“Pay attention if he is withdrawing from friends and family because of his concerns about his appearance,” Nagata says. “For example, we often hear that a teenager will no longer eat family meals or at a restaurant because the protein content isn’t high enough or the food is too fatty.”

If you’re concerned, always make sure to discuss this with your son’s pediatrician.

“Ultimately, you want to make sure you share your concerns before your teen son becomes even more body-image obsessed,” Nagata says.

The New York Times: “What Is ‘Bigorexia’?”

Journal of Adolescent Health: “Boys, Bulk, and Body Ideals: Sex Differences in Weight-Gain Attempts Among Adolescents in the United States.”