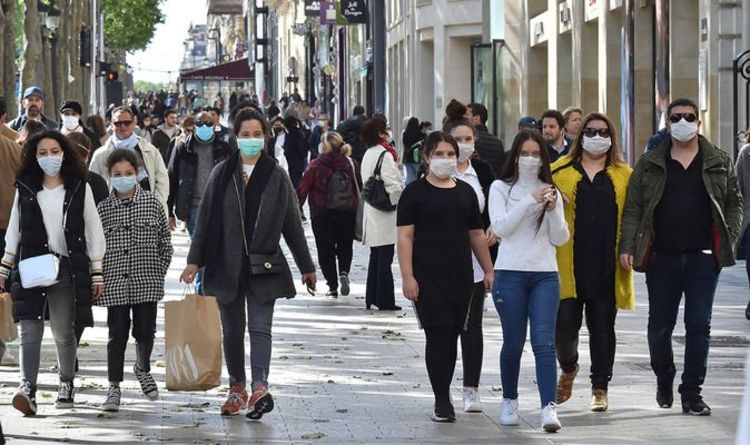 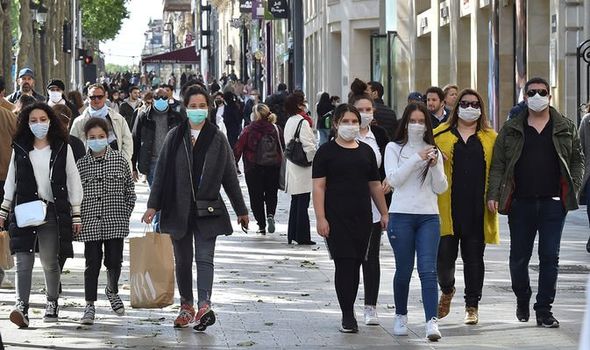 Health chiefs in the UK are looking on nervously as the more transmissible Delta variant causes a worrying spike on the continent, renewing fears of restrictions having to be reinstated here at some point. The latest figures showed 44,242 new infections and 157 deaths.

But cases have fallen in most parts of the UK, though levels remain high, according to figures from the Office for National Statistics.

One in 65 has Covid, down from one in 60 a week ago and the R rate is between 0.8 and 1, which means infections are not on the rise again.

But as some EU nations battle a fourth wave, Austria announced a full lockdown just days after unvaccinated citizens had to isolate.

It is also set to make vaccination compulsory for all from February 1 as its leader Alexander Schallenberg warned the lockdown would last a maximum of 20 days.

The move, the first in Europe this winter, is in response to record case numbers and one of the continent’s lowest vaccination rates. But other European countries are imposing restrictions as cases rise.

He said they would have preferred to avoid mandatory jabs but blamed misinformation for the poor take-up, adding there were “too many political forces, flimsy vaccination opponents and fake news”.

Latest Austrian figures showed 990.7 cases per 100,000 people in the past week and health minister Wolfgang Muckstein said imposing a lockdown was a “last resort”.

A record 15,809 cases were reported in the past 24 hours in a population of under nine million.

Austrians will work from home, non-essential shops will close and schools will be open only for children requiring face-to-face learning.

The lockdown is due to continue until December 12 but will be reviewed after 10 days.

Elsewhere, Germany is considering another shutdown after agreeing to restrict unvaccinated individuals in areas with high hospital admissions.

In a move that would affect 12 of the country’s 16 states, the parliament yesterday approved rules requiring people to show proof of jabs, negative tests or recovery from Covid when they use buses and trains and at places of work.

Slovak Prime Minister Eduard Heger has announced a lockdown for the unjabbed from Monday, while the Czech government is also limiting access to a variety of services.

Hans Kluge, Europe’s regional director of the World Health Organisation, has warned of a hard winter ahead.

He blamed insufficient vaccination levels and the easing of preventive measures for the spread of the Delta variant.

In the UK, a prominent member of the Scientific Advisory Group for Emergencies (Sage) yesterday warned of waning immunity in older people and the danger of extended strain on the NHS.

Professor John Edmunds said: “There’s a risk because of waning immunity in older individuals ‑ and that’s all adults ‑ not just the elderly, so cases could really take off.

“It’s really important we boost immunity and then we might be able to avoid any significant fourth wave.”

Prof Edmunds added that the UK was still ahead of other parts of Europe ‑ where the situation is deteriorating ‑ due to the rollout of boosters and the level of infection, but warned that the NHS is bearing the brunt once more.

He said: “It has been [under strain] for months and months and that’s not going to ease up any time soon.

“It may not get to breaking point but significant strain for a very long period of time is on the cards.”