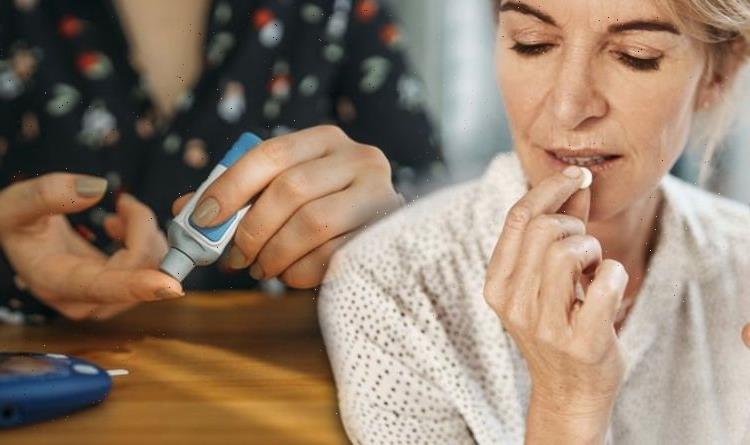 Type 2 diabetes can be a 'devastating diagnosis' says expert

When you subscribe we will use the information you provide to send you these newsletters. Sometimes they’ll include recommendations for other related newsletters or services we offer. Our Privacy Notice explains more about how we use your data, and your rights. You can unsubscribe at any time.

Type 2 diabetes can seem harmless at first glance because the symptoms do not necessarily make you feel unwell. In fact, you can live with the chronic condition for years without knowing it. Diabetes only tends to assert itself when blood sugar levels are consistently high, and this creates serious symptoms to develop. Cinnamon supplements have been shown to help reduce a person’s blood sugar levels naturally.

Cinnamon supplements are either made from whole cinnamon powder or an extract.

There have been many studies to suggest it helps lower blood sugar and improve diabetes control.

In one study which involved pre-diabetics participants took 250mg of cinnamon extract before breakfast and dinner for three months.

They experienced an 8.4 percent decrease in fasting blood sugar compared to those on a placebo.

Another three-month study saw type 2 diabetics who either took 130 or 360mg of cinnamon extract before breakfast have an 11 percent or 14 percent decrease in fasting blood sugar compared to those on a placebo.

In one study, volunteers took half a teaspoon of cinnamon for 40 days.

The researchers found that cinnamon cut cholesterol by about 18 percent and blood sugar levels by 24 percent.

But in other studies, the spice did not lower blood sugar or cholesterol levels.

Diabetes.co.uk said: “Results from a clinical study published in the Diabetes Care journal in 2003 suggest that cassia cinnamon improves blood glucose and cholesterol levels in people with type 2 diabetes and may reduce risk factors associated with diabetes and cardiovascular disease.

“The study found that a daily intake of just one, three or six grams was shown to reduce serum glucose, triglyceride, LDL or bad cholesterol and total cholesterol after 40 days among 60 middle-aged diabetics.

“As a result of the scientific evidence available, many health experts claim that cinnamon contains properties that are beneficial for blood sugar regulation and treatment of type 2 diabetes.”

Other health benefits of cinnamon supplements include:

Unless you have liver damage, it should be OK for you to enjoy it in food, said WedMD.

The health site advised: “If you do have liver problems, be careful, because large amounts of cinnamon may make them worse.

“If you are considering cinnamon supplements, talk with your doctor first, especially if you take any medication.”
Source: Read Full Article