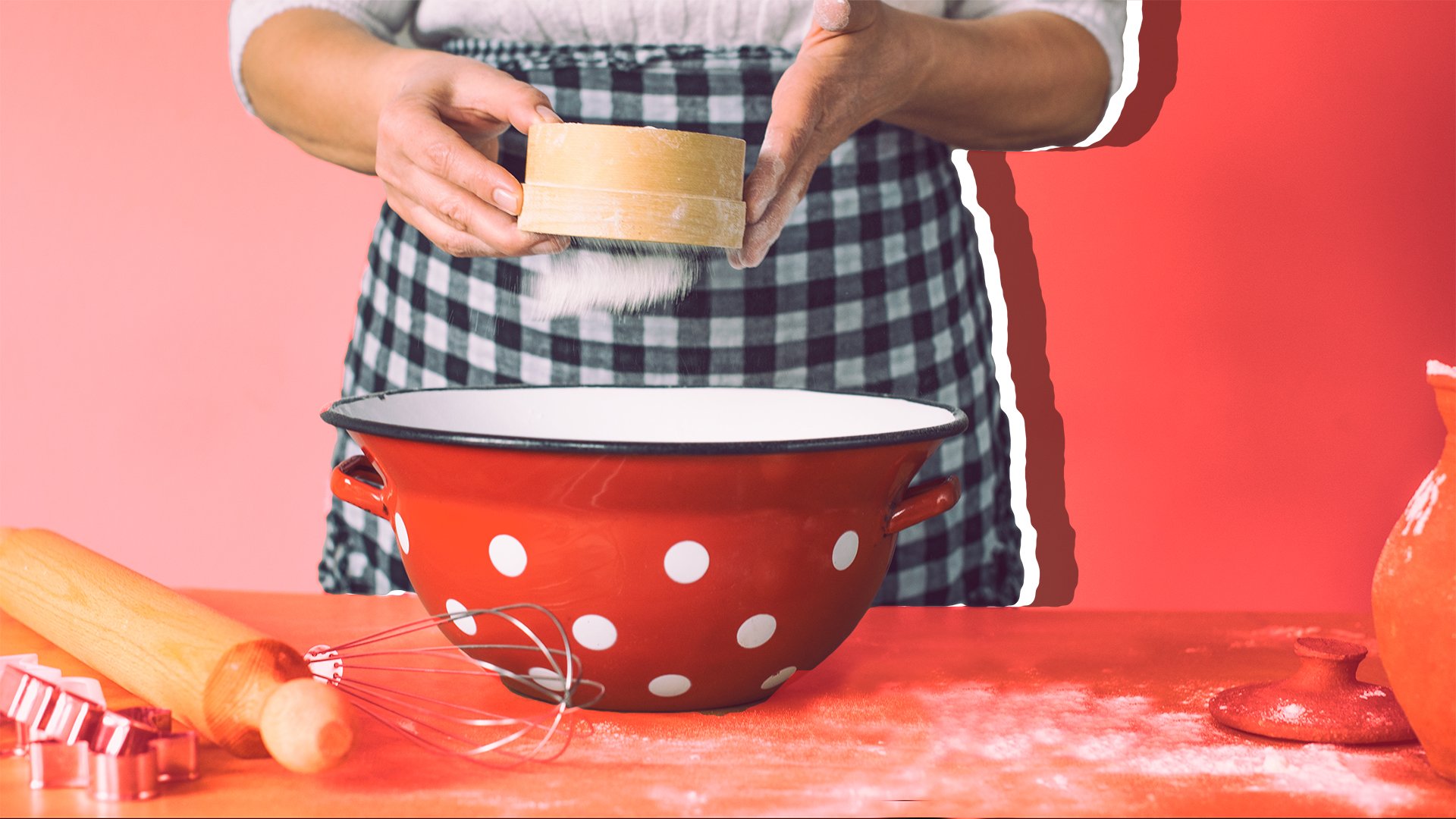 Whether you’re allergic to eggs or are just a baking fiend who can’t seem to keep enough huevos stocked up in the fridge, you probably know by now that whipping up baked goods sans eggs is a serious problem. It seems like pretty much every recipe under the sun calls for the suckers, which means you may be stuck running to the grocery store when you get a late-night baked goods craving.

However, there are alternatives to eggs that you can use to pull off your culinary endeavors. Next time you’re knee deep in a baking project that calls for eggs, give these substitutes a try. 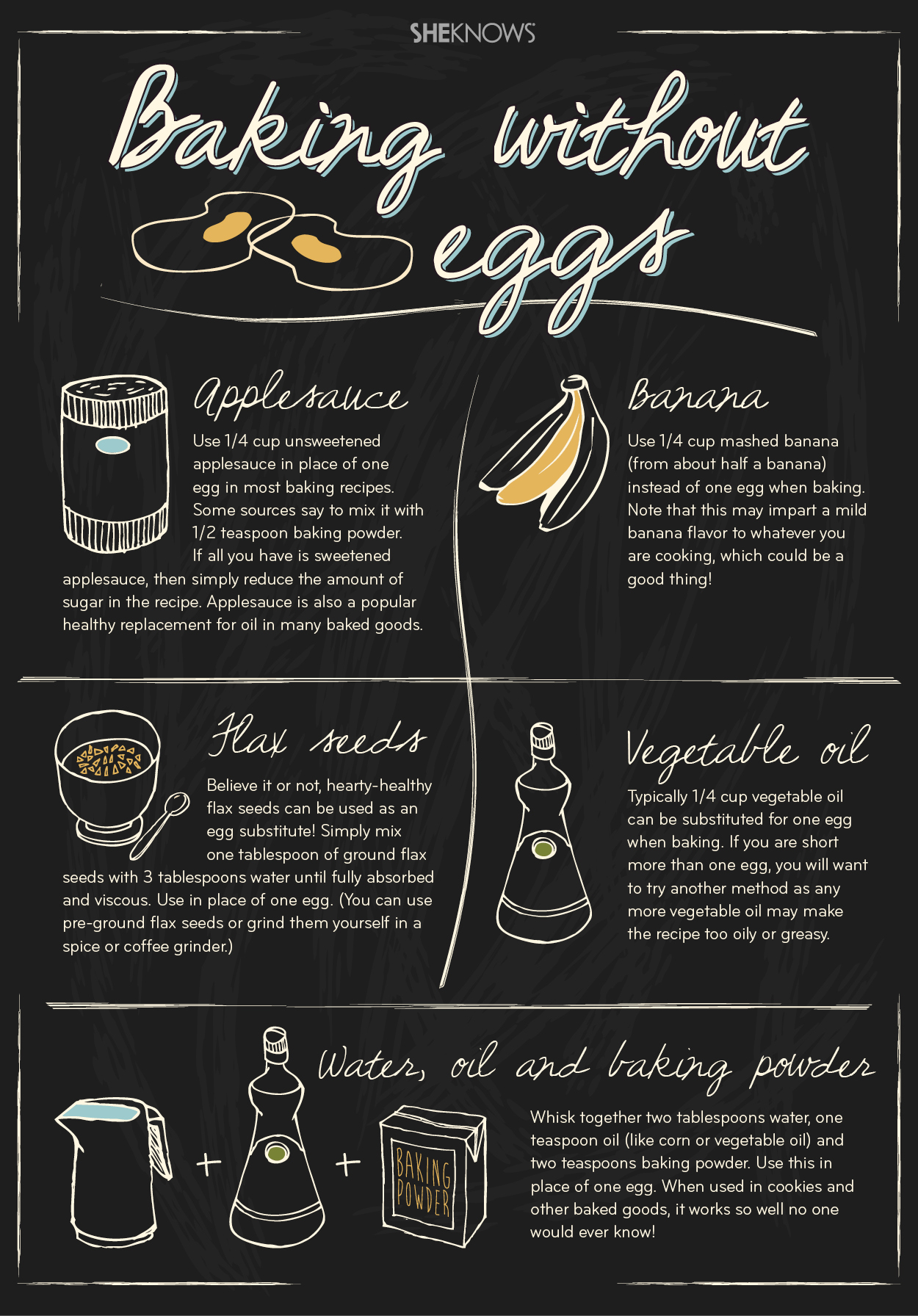 Use 1/4 cup of unsweetened applesauce in place of one egg in most baking recipes. Some sources say to mix it with 1/2 teaspoon of baking powder. If all you have is sweetened applesauce, then simply reduce the amount of sugar in the recipe. Applesauce is also a popular healthy replacement for oil in many baked goods.

Use 1/4 cup of mashed banana (from about half a banana) instead of one egg when baking. Note that this may impart a mild banana flavor to whatever you are cooking, which could be a good thing.

Believe it or not, heart-healthy flaxseeds can be used as an egg substitute. Simply mix 1 tablespoon of ground flaxseeds with 3 tablespoons of water until fully absorbed and viscous. Use in place of one egg. (You can use pre-ground flaxseeds or grind them yourself in a spice or coffee grinder.)

A version of this article was originally published in April 2012.