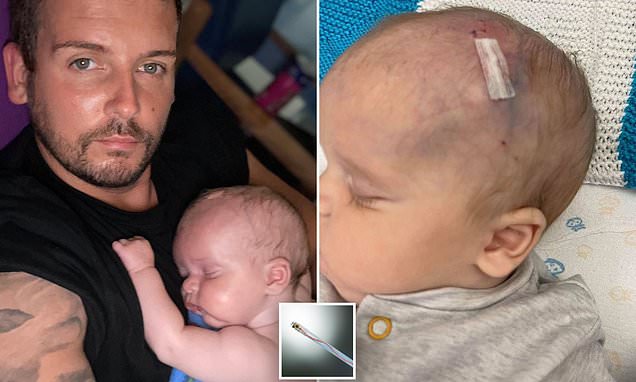 A baby boy has been left with brain damage after doctors stuck an electrode clip on his head while in the womb to check he was healthy, his family said.

Tiffany and Jordan Murgatroyd had their son Carson on May 13 at Leeds General Infirmary.

Doctors fixed an electrode clip to his head during labour to measure his heart rate, which left a small mark on his forehead after he was born.

But a few months later his parents noticed the mark had gone green and the veins in his forehead became prominent. The worried parents decided to take him to his GP.

Mr Murgatroyd, 29, said: ‘We took him to the doctors and they referred us to a neurology unit straight away.

‘We were admitted on July 9 and we have been here ever since.’

The family claim Carson’s brain became infected after the clip caused an abscess on his brain.

Carson has had four rounds of brain surgery to help drain the liquid building in his skull because of the infection.

The build up of pus caused his head to swell up, jumping 1.6in (4cm) in circumference at one point.

Medics are still unaware what caused the infection and have been unable to tell his parents if and when he will recover, who at one point ‘didn’t know if he was going to live or die’.

But the routine procedure that is part of NHS guidance for baby monitoring during pregnancy can penetrate the skin — opening the door to dangerous bacteria. 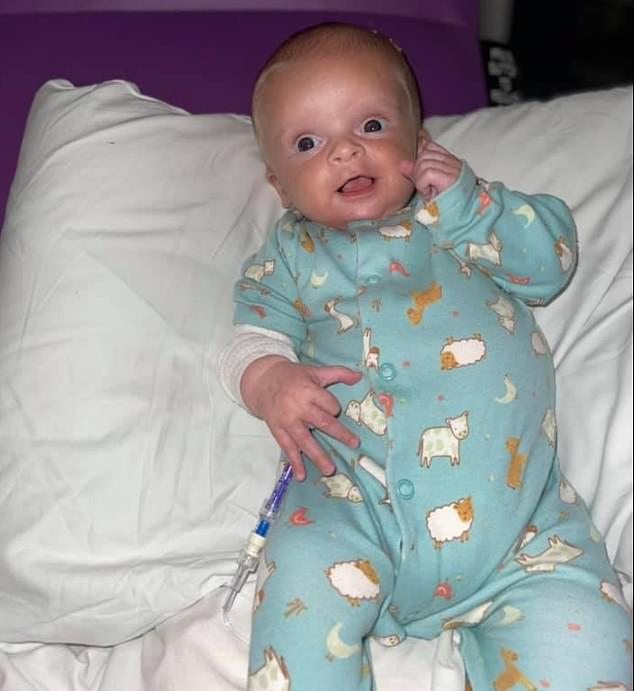 Baby Carson Murgatroyd has been left with brain damage after doctors stuck an electrode clip on his head while in the womb to check he was healthy, his family claim 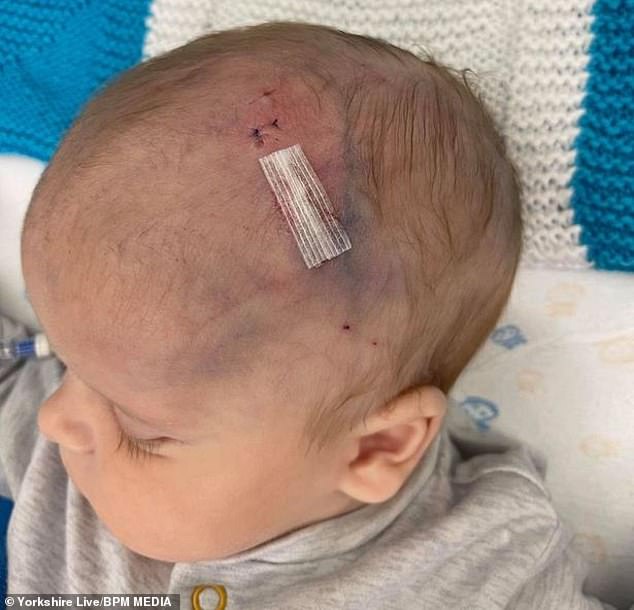 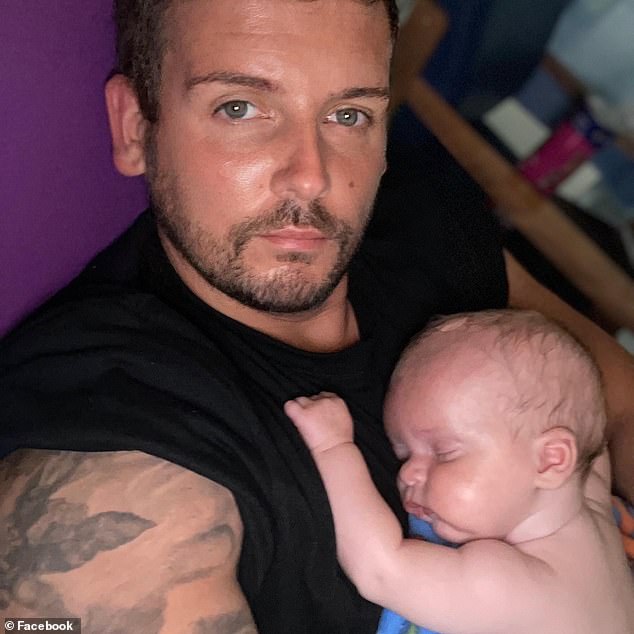 Mr Murgatroyd said: ‘We were told that he had an abscess on his brain. His head swelled and we didn’t know if he was going to live or die.

‘He has been on antibiotics for five weeks to try and treat it. But then we found out that he now has an infectious cyst on his brain that is causing him brain damage.

‘We have no idea how bad it is or how it is going to affect his development going forward.

‘We have complained to the hospital and they say that they are looking into it and the possible causes.

‘Carson has now had to have four rounds of brain surgery to try and relieve some of the pressure in his head.’

The operations have included Carson having fluid and pus from the abscess being drained away from his head.

However, no matter how many times it is has been drained it continues to come back. 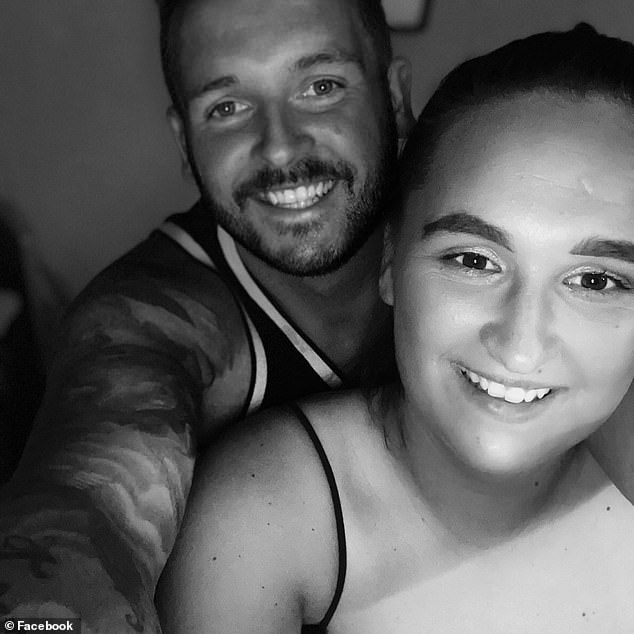 Mr Murgatroyd said: ‘At one point his head swelled from 42cm to 46cm which doesn’t sound like a lot but it’s a big change for his head circumference.

‘You can really see the change when you look back at photos.

‘But no matter how many times they drain it, it keeps coming back. But now there’s the cyst as well but they’re waiting a week at a time to scan him.

‘And a lot can change in the space of a week.

WHAT ARE ELECTRODE CLIPS USED IN PREGNANCY?

Occasionally a fetal scalp electrode (sometimes called a scalp clip) may be applied to a baby’s head.

It is a measure used to continually monitor a baby’s heartbeat throughout the entire labour process.

The electrode picks up the baby’s heartbeat directly.

It is attached to the baby’s scalp, during a vaginal examination, and the leads are then connected to the monitor.

Being attached to the monitor will limit a mother’s ability to move around.

However small movements from sitting to standing may be possible and are encouraged.

‘We just have no idea how severe his brain damage could be or any conditions that he could have to suffer from going forward.’

Jordan and Tiffany have now set up a Go Fund Me page to try and raise money for specialist help for Carson before any further damage is done.

Jordan added: ‘We are now at the stage where the neurosurgeons are just wanting to see what will happen if they keep an eye on the cyst and abscess.

‘So we now feel we have no other option but to try and explore other avenues on specialist care to help us with Carson before any further damage is done to our baby boy.

‘We want Carson to be in the best hands possible. We want a boy who can be as healthy as he possibly can from this point, we already feel like we have lost a massive part of Carson.

‘We know we won’t ever get this time back as a family and we know the road is long and tough.

‘We hope we can reach out to get enough help to bring our boy back home and avoid him having more pain or just waiting around not knowing what’s going to happen.

‘It’s the hardest thing for a parent to have to go through.’

Lisa Grant, Chief Nurse at Leeds Teaching Hospitals NHS Trust said: ‘We are sorry to hear that Carson’s family are unhappy with the care provided during his birth.

‘We would welcome a discussion about their experience and ask that they contact our Patient Advice and Liaison Service (PALS) team so that we can respond to them directly.’