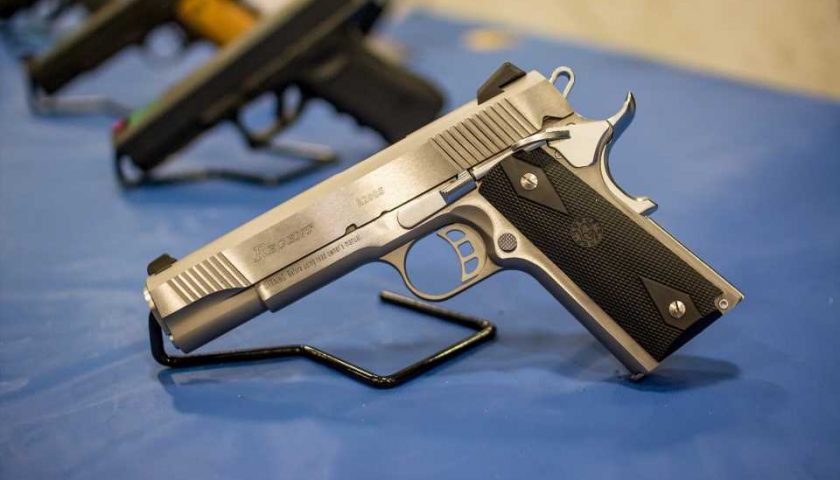 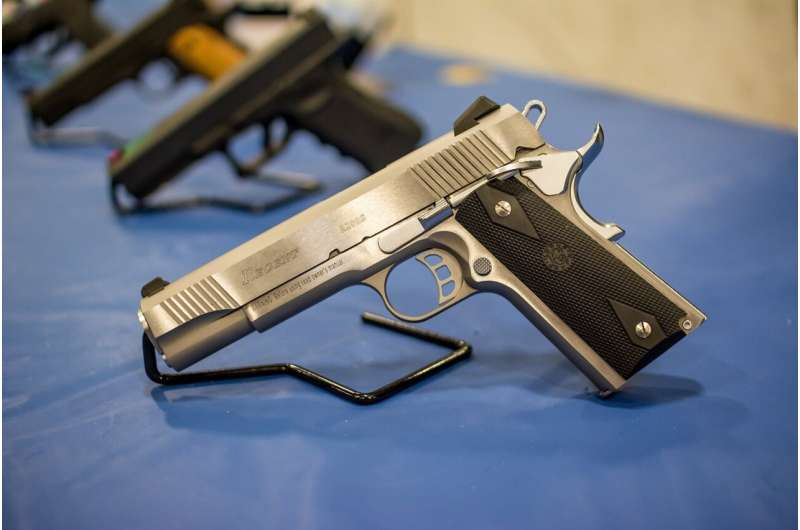 Q: I’m thinking about getting a handgun for protection. What are the best ways to keep my kids safe with a gun in the house?

A: Roughly a third of U.S. homes with children have guns. In fact, an estimated 4.6 million kids live with unlocked, loaded guns. That’s a scary statistic when you think about the fact that even toddlers are capable of finding unlocked guns in the home and are strong enough to pull the trigger.

As a parent, you may not realize what a serious risk a gun in the home is, especially for children. Firearms are now the leading cause of death for U.S. children and teens. And the reality is that having firearms in the home increases the risk of unintentional shootings, suicide, and homicide.

Unintentional shootings happen to children of all ages. In homes with guns, the likelihood of accidental death by shooting is four times higher.

Between 2015 and 2020, there were at least 2,070 unintentional shootings by children that resulted in 765 deaths and 1,366 nonfatal gun injuries. The COVID-19 pandemic hasn’t helped. From March to December 2020, unintended shooting deaths by kids went up more than 30% compared to the same time period in 2019.

Kids and adolescents are at an increased risk for suicide when there is a gun in the home, too. Suicide rates in this population are four times higher than for kids who live in homes without guns. In the past decade, 40% of the suicides committed by kids and teens involved guns. Nine out of 10 of these suicides were with guns that the victims accessed at their own homes or from a relative’s home.

The risk of homicide is three times higher when there are guns in the home. Not only that, but 58% of shooting deaths in children and teens are homicides.

The American Academy of Pediatrics advises that the safest home for a child is one without guns. The most effective way to prevent unintentional gun injuries, suicide and homicide to children and adolescents, research shows, is the absence of guns in homes and communities.

If you do decide to keep guns in the home, be aware that many studies show that teaching kids about gun safety, or to not touch a firearm if they find one, is not enough. You can reduce the chances of children being injured, however, by following important safety rules:

Safe storage: All guns in your home should be locked and unloaded, with ammunition locked separately. Make sure children and teens can’t access the keys or combinations to lock boxes or gun safes. And remember not to keep loaded, unlocked guns in the car, or anywhere else on your property.

Safe use: When using a gun for hunting or target practice, keep the safety catch in place until you are ready to fire it. Before setting the gun down, always unload it. As much as a child may want to take a turn shooting, this is not a good idea. No matter how much instruction you may give about how to safely shoot a gun, children are not capable or responsible enough to handle a potentially lethal weapon.

More than a third of all unintentional shootings of children take place in the homes of their friends, neighbors, or relatives. That’s why it is also important to make sure your kids are safe when they spend time in other homes.

Ask about guns and safe storage at the homes your children visit. Just as you’d ask about allergies, supervision and other safety issues before your child visits another home, add one more important question: “Is there an unlocked gun in your house?” If there is, reconsider allowing your child to play there or talk to them about keeping the guns unloaded and locked.