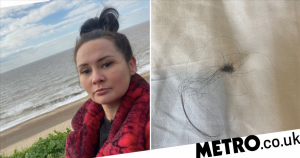 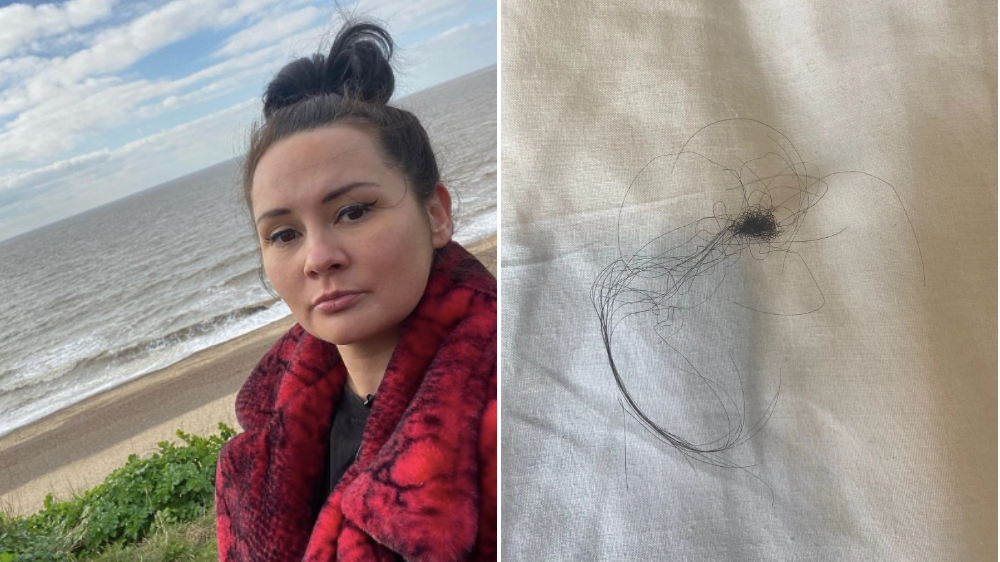 Five years ago, my mum did something bizarre. She presented me with a shoe box full of my hair.

Mothers, as we know, keep all manner of things as memories; baby clothes, drawings and even milk teeth. My mum has all of mine and my sister’s in her purse, kept from love – yet having the feel of a serial killer’s souvenirs.

Except, the shoebox wasn’t another nostalgic keepsake from my childhood. It had been collected recently from down the sides of the sofa, behind my bed and even from the pockets of my clothing.

The shoebox was given to me with concern.

At this point, you’d think it should be me concerned about my mother but her gesture made me realise something: I’d been pulling my hair out more than usual.

I’ve pulled my hair for as long as I can remember, not in a cartoon frustration way, I do it artfully. Twisting the strands around my fingers, I make a knotted rope and when the feeling is right I just pull it out. Sounds horrendous? Yes, but for me it’s a way to control anxiety and even comfort myself.

I didn’t know I had trichotillomania, also known as ‘hair pulling disorder’ when I was younger but with hindsight I can see why it developed.

Most children are already warned not to talk to strangers, but I suffered from chronic shyness from around the age of five so it never had to be reiterated to me. Speaking to anyone outside of my immediate family or friends was my worst nightmare.

When extended family would visit at Christmas I would become introverted – I’d sit quietly twisting my hair around my fingers, crafting it into knots, pulling it out and rolling my prize in my hand for hours.

My mum tried to bring me out of my shyness and one morning, before school, I was told I would be attending Brownies that evening. To seven-year-old me, this was akin to being told you would be doing an astrophysics lecture to a crowd at Wembley in an hour with no preparation.

I spent the day in a state of anxiety, pulling at my hair and keeping the ripped out strands in the pocket of my cardigan. I cried so much on the way home from school that all talk of Brownies was abandoned, much to my relief.

The trichotillomania had been a way for me to deal with the day’s anxiety, moving my obsession about the evening to something else.

As a teenager, I’d turn beetroot red at the slightest social interaction. The only thing that eased my hair pulling was the severe hairstyles of the late 90s. You can’t twist hair when it’s stuck to your head with three tubs of hair gel.

I managed to navigate this with a Blue Peter attitude, I carried a bit I’d ripped out earlier and kept it with me throughout the day. If I lost the hair, I’d just pick my scalp instead. I always found a way.

Later in life, after a period of depression, I was diagnosed with Obsessive Compulsive Disorder in my late teens and this is where I realised my hair pulling was connected.

Growing up, I’d spent many years worrying about my grandparents. Maybe if I didn’t step on that crack in the pavement then nobody would die; maybe if I kept putting my hair behind the sofa everything would be fine.

I researched my hair pulling aged around 23 after reading an article in a woman’s magazine I was idly flicking through in the staff room at work. It discussed the experiences of a young woman with a hair pulling disorder called trichotillomania and I instantly related to her experiences.

It was a great feeling to realise this was something other people did too. I was also very sympathetic to people in other case studies I read when I learnt just just how severe it could get.

Some people pull eyelashes and eyebrows out, develop bald patches or even ingest the hair. I have a patch that is my go to area. It’s on my head but I won’t tell you where, as I see it as quite a personal thing to me.

My hairs are shorter there – I twirl and stroke them, especially when anxious. Even though I pull hairs from several other areas too, I luckily haven’t developed any bald patches. I sound more like a concerned allotment owner than someone dealing with an anxiety disorder.

I feel that’s the key to dealing with this, humour. It’s a frustrating condition but there’s funny sides to it.

On several occasions, people have assumed I’m flirting with them. I get that, I’m a shy woman twisting my hair around my fingers while blushing so I look textbook coy. It’s awkward when you have to tell someone that your demeanour is actually from deep-rooted social anxiety rather than an intense desire for them.

In fact, humour helped me deal with overcoming my shyness. I believe social anxiety makes you hyper aware of people and situations because you are constantly assessing each scenario for anything that may potentially make you uncomfortable or embarrassed.

From the age of around seven, I would draw comic strips – including characters based on relatives and teachers. I also built up my confidence to be able to give small performances of celebrity impressions to my mum and granny. I did a cracking Cilla Black.

I finally took the plunge and decided to try stand-up when I saw an advert in my local paper. Labour had invested in my local area of North Manchester with their new deal and were offering a comedy course to residents.

I signed up, agonised all day about that coming evening and after the first session, I never looked back because I’m now a stand up comedian.

When I’m preparing for a tour or the Edinburgh Fringe, my hair pulling becomes worse. It’s a constant part of my writing process, but also acts as a comfort – I feel more in control.

I still get incredibly nervous before every performance I do but the hair pulling tends to take a backseat for that. In the hours before a performance, my other OCD rituals really come out to play.

I’ve had treatment for my OCD, I have undertaken CBT and I take daily medication. It’s been relatively helpful, but the trichotillomania looks like it’s here to stay. It feels far too much of a physical habit to be broken.

I’m sure you want to know what I did with the shoe box of hair? I put it in the garden for the birds to make nests from.

It’s not just my mum who’s weird after all.

Rachel Fairburn is performing her brand-new show ‘Can I be Awful?’ at Monkey Barrel Hive 1 at 17:40 throughout Edinburgh Fringe festival, as well as All Killa No Filla Live at Pleasance Grand on 16 August at 22:15.