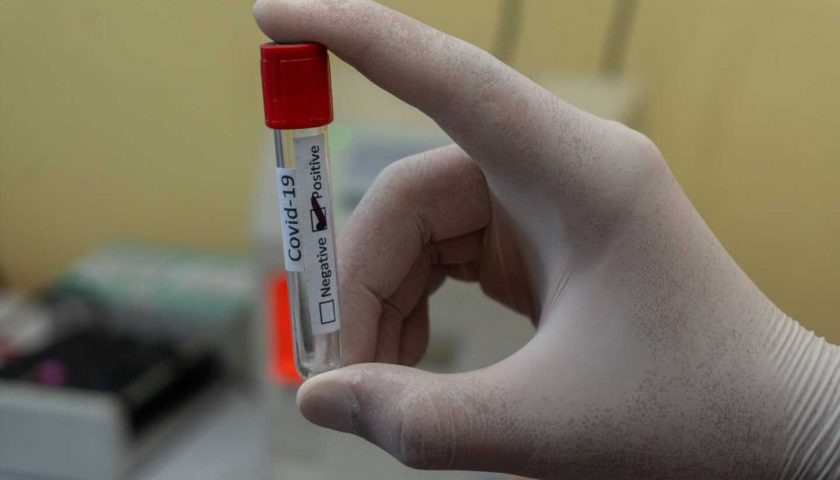 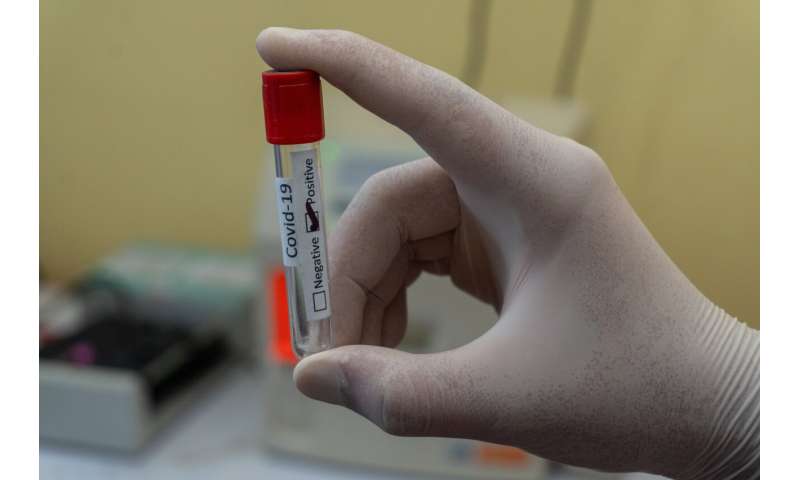 Under certain conditions, antigen testing using self-collected swabs from the anterior nose may constitute a reliable alternative to antigen testing using nasopharyngeal swabs collected by health professionals. This is the conclusion drawn by a team of researchers from Charité – Universitätsmedizin Berlin and Heidelberg University Hospital. Results from their study have been published in the European Respiratory Journal.

Rapid antigen tests may be less reliable than PCR tests, but their speed and simplicity make them an important complementary tool which can assist efforts to curb the current pandemic and reduce risks in certain day-to-day situations. Rapid antigen tests are intended for use at the point of care. Confirming whether or not a person is infected and contagious at the time of testing, they can provide results in less than 30 minutes. This type of test could therefore be used to make it safer for people to visit a loved one in a care home or hospital. Despite this potential, they are not yet widely used. One of the reasons for this is that, until now, most antigen testing systems used nasopharyngeal swabs which required collection by trained medical staff.

“There are two reasons why professional-collected nasopharyngeal swabs represent a barrier to the widespread use of rapid antigen testing,” says Prof. Dr. Frank Mockenhaupt, Acting Director of Charité’s Institute of Tropical Medicine and International Health. “Firstly, most people find a nasopharyngeal swab uncomfortable and, for this reason, are likely to avoid regular testing. Secondly, swabbing ties up staff resources, is complex and time-consuming, and necessitates the use of personal protective equipment.” Working with PD Dr. Claudia Denkinger, Head of Heidelberg University Hospital’s Clinical Tropical Medicine Section, Prof. Mockenhaupt therefore designed a study to test whether self-collected anterior nasal swabs administered under medical guidance could provide an alternative to a professional-collected nasopharyngeal swab.

The study, which was conducted at Charité’s Ambulatory Coronavirus Testing Facility, took place between late September and mid-October. Individuals with characteristic SARS-CoV-2 symptoms wishing to take part in the study were instructed by medical staff as to the procedure for self-collected nasal swabs. Participants were instructed to insert a swab into both of their nostrils to a depth of 2 to 3 cm, rotating it against the nasal wall for a duration of 15 seconds. This was followed by a professional-collected nasopharyngeal swab. Both swab samples were analyzed on site using a commercially available rapid antigen test approved for use in Germany. Test results were then compared. Staff also collected a naso-oropharyngeal (combined nose and throat) swab which was analyzed using PCR testing. This served as a diagnostic reference standard.

39 out of a total of 289 participants (13.5 percent) were diagnosed with SARS-CoV-2, based on PCR results. In 31 of these infected individuals (nearly 80%), the professional-collected nasopharyngeal swabs also produced a positive result with the rapid antigen test. For self-collected swabs collected from the anterior nose, correct results were obtained in 29 (approximately 74 percent) of the infected individuals. “We had of course expected rapid antigen tests to be less sensitive than PCR,” says PD Dr. Denkinger. “Upon closer inspection, however, cases of antigen tests missing infections were primarily associated with patients who had low viral loads.” When looking exclusively at patients with high viral loads, the researchers found that the antigen tests correctly identified every single positive sample obtained via nasopharyngeal swab, and nearly 96 percent of self-collected swabs.

“This study shows that supervised, self-administered swabs are no less effective than professional-collected nasopharyngeal swabs when used with the antigen test selected for this research,” explains PD Dr. Denkinger. She adds: “Firmer swabs, which are more suited for use in the anterior part of the nose, may improve the test’s accuracy further.” In November, the Federal Government introduced legal provisions which pave the way towards a more widespread use of rapid antigen testing, including by trained staff in childcare centers and schools. “The new legal provisions eliminate our dependence on medical staff,” says PD Dr. Denkinger. “This makes rapid antigen testing more suited to large-scale roll-out. Research data on self-collected swabs, such as the findings obtained in this study, will be useful to those in charge of finding and implementing new concepts.”