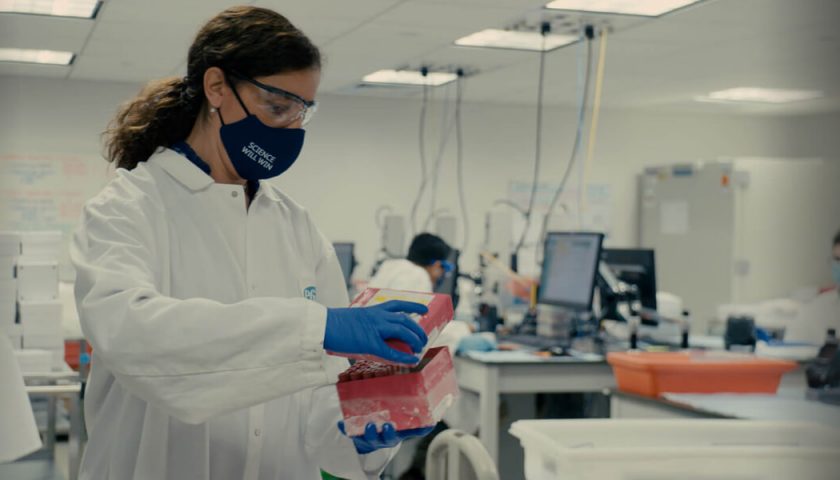 Working Together to Empower Women

Meet Adriana. She leads a team that manages the samples collected from Pfizer’s ongoing clinical trials. For her, Pfizer is more than just the company she works for, it’s family. Adriana first got her start in high school as a summer student worker – and since then, has had the opportunity to work on a number of “major vaccines that really have had an impact on public health.”

A DAY IN THE LIFE OF ADRIANA AND HER TEAM

Today, Adriana and her team of about 30 colleagues receive 150 shipments a day, processing around 500,000 samples over the last several months. This is a far cry from when Adriana first started at Pfizer almost 25 years ago when she and her team worked with roughly 20,000 samples in a year.

To help manage the influx of samples, she and her team have worked to reduce inefficiencies in their processes and extended to a seven-day-a-week operation. “And if needed, we’re here ‘til 2:00 a.m.,” she says.

For this team of scientists though, they love to be challenged. In Adriana’s own words, “the more we’re challenged, the more we step up to do what we need to do.”

HER LIFE-LONG PASSION FOR SCIENCE

Adriana’s passion for science began at an early age. In seventh grade, she had a beloved teacher who encouraged her and other girls to pursue their love of science. Since then, she was “hooked,” and off she went on the path to becoming a molecular biologist.

Today, Adriana knows she’s exactly where she’s supposed to be, with her daughter not far behind, following in her footsteps.