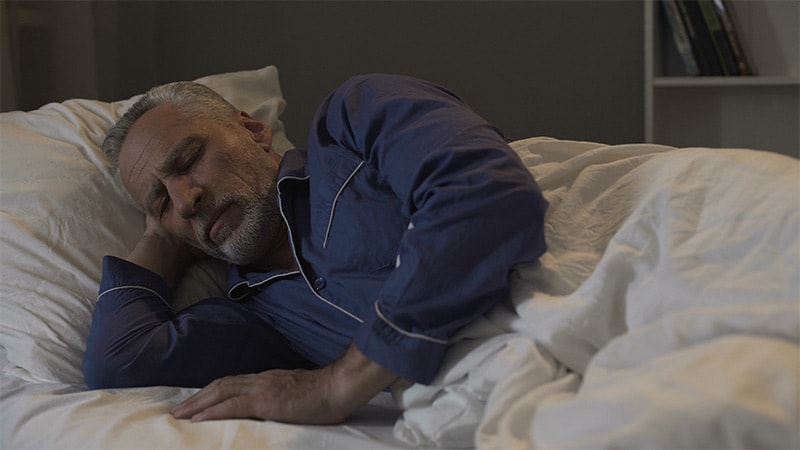 In a large dataset study, the model accurately detected persons with PD from those without the disease with both high sensitivity and specificity. It also recognized persons with PD before they had received an actual diagnosis.

The results highlight the model’s potential as a digital PD biomarker, the investigators note.

“Our study demonstrates the feasibility of objective, noninvasive, at-home assessment of PD, and also provides initial evidence that this AI model may be useful for risk assessment before clinical diagnosis,” Yuzhe Yang, PhD student, Department of Electrical Engineering and Computer Science, Massachusetts Institute of Technology, Cambridge, and colleagues write.

The findings were published online August 22 in Nature Medicine.

A key difficulty in PD drug development and disease management has been the lack of effective diagnostic biomarkers, the investigators note.

They add that PD is typically diagnosed on the basis of clinical symptoms related mainly to motor functions, such as tremor and rigidity. However, motor symptoms tend to appear several years after disease onset, leading to late diagnosis.

Previously, researchers have investigated the potential of detecting PD using cerebrospinal fluid and neuroimaging, but such methods are invasive and costly, and they require access to specialized medical centers.

Work dating back as far as 1817 has linked PD and breathing, with studies showing degeneration in areas in the brainstem that control breathing, weakness of respiratory muscle function, and sleep breathing disorders.

The new AI-based system, which resembles a home Wi-Fi router, is a neural network — a series of connected algorithms that mimic a human brain. The system uses one night of breathing signals that can be collected using a breathing belt worn on the chest or abdomen, or by transmitting a low-power radio signal and analyzing its reflections off an individual’s body.

The current investigators used a large and diverse dataset created by pulling together datasets from numerous sources. The combined dataset contains more than 120,000 hours of nocturnal breathing signals from 757 patients with PD and 6914 individuals acting as the controls.

The data were divided into two groups: breathing belt datasets and wireless datasets.

The study also showed that the AI model could determine PD severity. The Movement Disorder Society-sponsored revision of the Unified Parkinson’s Disease Rating Scale (MDS-UPDRS) questionnaire is currently the most common method for evaluating PD severity, but such evaluations require patients to visit the clinic in person.

The AI model determined a PD severity score that correlates well with the MDS-UPDRS simply by analyzing the patients’ nocturnal breathing at home.

The model also accurately predicted MDS-UPDRS subparts I, II, and III, indicating it captured both nonmotor and motor symptoms. The model’s prediction had mild correlation with MDS-UPDRS subpart IV.

The system could also recognize individuals with PD before their actual diagnosis. The model gave a prodromal group (of individuals eventually diagnosed with PD) much higher PD scores than a control group.

“Indeed, the model predicts 75% of them as individuals with PD before their reported PD diagnosis,” write the investigators.

“We envision that the system could eventually be deployed in the homes of PD patients and individuals at high risk for PD (for example, those with LRRK2 gene mutation) to passively monitor their status and provide feedback to their provider,” they add.

In addition, the model was able to distinguish PD from Alzheimer’s disease (AD) — the two most common neurodegenerative diseases. It achieved an AUC of 0.895, with a sensitivity of 80.70% and specificity of 78.02% in differentiating PD from AD, and reliably distinguished patients with PD from those with AD.

Current methods for tracking PD’s slow progression are too insensitive to capture small changes and require several years to detect progression, the researchers note. In contrast, the evidence showed the AI-based biomarker is sensitive to progressive changes in PD.

The investigators add that using the model may reduce the cost and duration of PD clinical trials, and so facilitate drug development. As it stands, PD drug development costs an average of $1.3 billion and takes about 13 years, which limits pursuit of new therapies for PD.

Also, by assessing disease severity and tracking changes in patient status at home, the AI system can reduce the need for clinic visits and help extend care to patients in underserved communities, write the researchers.

They note that the study did not explore whether the system works equally well with all disease subtypes. Other study limitations included that progression analysis and preclinical diagnosis were validated in only a small number of participants, and that the investigators did not assess the ability of the model to separate PD from broader neurologic diseases aside from AD.

Other recent research is investigating different potential PD biomarkers. In findings published August 19 in Science, researchers determined that the transmembrane protein glycoprotein nonmetastatic melanoma protein B (GPNMB) is a candidate for biomarker development and therapeutic targeting in PD.

The study investigators dissected a chromosome 7 locus linked to risk for PD by genome-wide association studies. They found that GPNMB interacted with alpha-synuclein (aSyn), the key protein that forms the pathological inclusions that characterize PD.

In cells, GPNMB was both necessary and sufficient for the uptake of fibrillar forms of aSyn and the subsequent development of aSyn pathology.