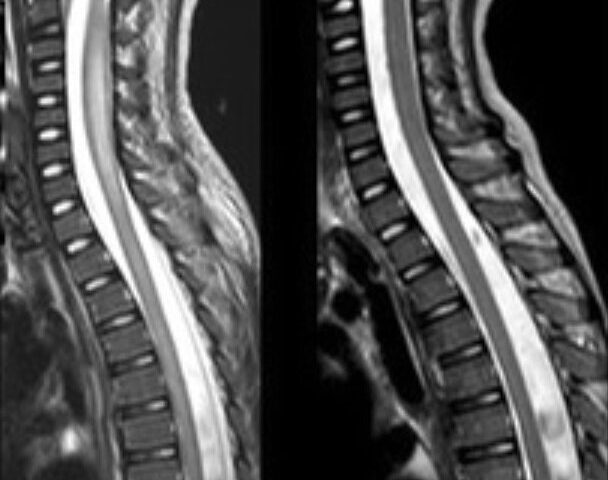 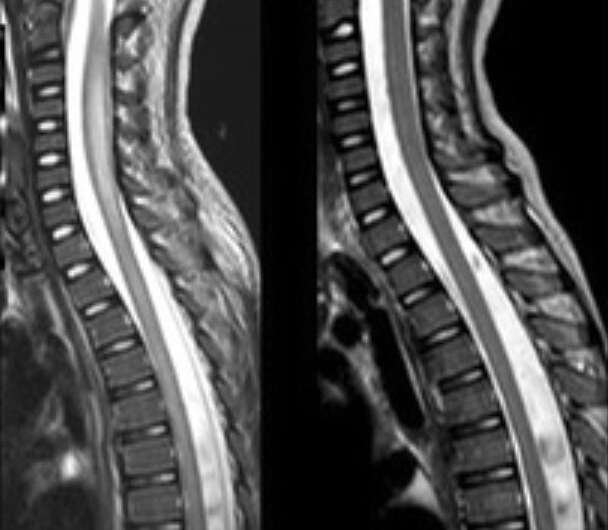 The Centers for Disease Control and Prevention (CDC) recently asked health departments and clinicians to watch for symptoms of acute flaccid myelitis in kids, especially through November. That’s when enteroviruses are most common. The rare neurological condition causes the muscles and reflexes in the body to become weak. About 90% of the cases in the U.S. have been in young children.

“Acute flaccid myelitis is a rapid-onset flaccid myelitis,” says Dr. Jan-Mendelt Tillema, a pediatric neurologist and researcher at Mayo Clinic. “It’s an acute weakness affecting mostly the legs but can also affect the arms as well as some of the cranial nerves.”

Those affected may have sudden loss of muscle tone, loss of reflexes, difficulty breathing, swallowing and other facial functions.

“The majority of the symptoms are a weakness that really progresses over the course of a few hours to days, so the child will not be able to move most of the time the upper extremities or the lower extremities. And that can continue to worsen over a short time,” Dr. Tillema says.

Acute flaccid myelitis is an uncommon but serious condition that may lead to lasting problems.

“Similar to polio, imaging studies of children with acute flaccid myelitis show abnormalities in the spinal cord and brain that correspond to parts of the body showing weakness. That is why it is called ‘poliolike,'” says Dr. W. Charles Huskins, a pediatric infectious diseases physician at Mayo Clinic’s Children’s Center.

“The location in the spinal cord where it is affected is typically in what we call the anterior horn cells, in the front part of the spinal cord, which is where the nerves to the muscles go. Those are the exact same locations that poliovirus attack also. The reason why it’s called poliolike is because it behaves like polio. And it has a very similar flaccid myelitis, which can be seen with both conditions. It’s basically a similar illness, just a different suspected virus,” says Dr. Tillema. “The actual polio virus was not discovered in these early cases.”

Most children who developed acute flaccid myelitis had a mild respiratory illness or fever caused by a viral infection about one to four weeks prior to their neurological symptoms.

The CDC reported increases in acute flaccid myelitis cases in 2014, 2016 and 2018 in the U.S. Enterovirus D68 typically causes a coldlike respiratory illness and may be the cause of the spikes, according to the CDC.

“The CDC and many others are still looking to see whether there’s any specific subtype or what the exact viruses that cause that, but it’s quite clear, based on the peaks every two years, that there’s a close correlation to other enterovirus infections that happened around the same time,” says Dr. Tillema.

Dr. Tillema points out there wasn’t a surge in acute flaccid myelitis cases in 2020 during the height of the COVID-19 pandemic. Preventive measures such as social distancing, mask-wearing and increased hand-washing likely reduced the circulation of the viruses that can cause of acute flaccid myelitis.

“There certainly is a strong recommendation to continued hand-washing when you’re exposed to somebody with any viral or other infectious respiratory illness to avoid close contact. And, interestingly, during the COVID-19 peak in 2020, there was no surge that we’d seen in the previous years. The thought is that it all related to reduced exposure in general to any of the of the viruses around that time,” says Dr. Tillema.

To reduce the risks of viral infection, you should:

While enteroviruses may be associated with acute flaccid myelitis, they are not the only infections connected to the disorder. The CDC along with other medical researchers and scientists continue to study this disease in hopes of better understanding it.

“The long-term outcome (of acute flaccid myelitis) can be quite devastating,” says Dr. Tillema. “And, so, for us to learn more, through some of the research working groups, to understand how and when and hopefully, with what better to treat these (cases) because there is no current good treatment to stop this disease.”