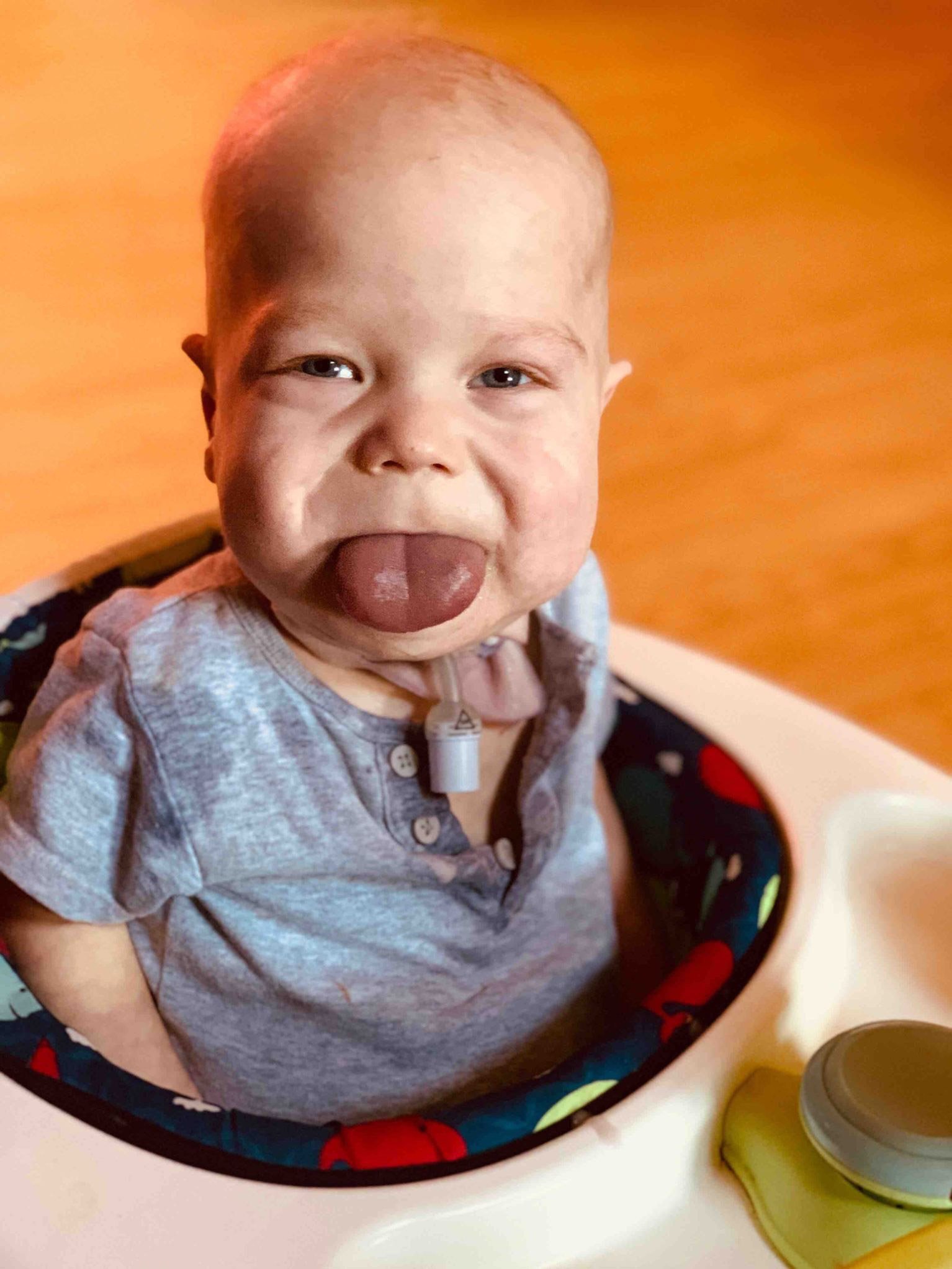 Just 16 months old, Baker Roth has spent much of his life in the hospital. The toddler was born with a rare condition called Beckwith-Wiedemann Syndrome, which causes parts of the body to grow at faster rates — and frequently leads to cancerous and noncancerous tumors.

Because of his condition, Roth developed hepatoblastoma, a rare childhood liver cancer. At 10 months old he had to undergo chemotherapy and surgery to remove the cancerous tumor in his liver. Diagnosed in July, he was in remission by October.

“Thank you all so much for the continued prayers, love and support,” his mom, Faith, wrote on the GoFundMe page the family set up to help with his extensive medical bills. “We are going to enjoy a week of freedom, and then check back in for our maintenance chemo. We will have two rounds [of chemo] then [a] scan and then we will be ringing that cancer free bell!!!”

In early December, Faith said that Baker was in remission. Unfortunately, two days before Christmas their family got news that Baker’s tumor markers are up, which could mean the cancer is back. Faith said he would undergo testing after the holiday to assess the issue.

“Unfortunately we got that phone call you don’t want to get after getting our labs done last week,” she wrote on Sunday. “We are believing that it could possibly be liver regeneration causing Baker’s tumor marker to go up more than it should.”

Baker also has more surgery in his future — because of Beckwith-Wiedemann Syndrome, his tongue is double the normal size and restricts Baker from speaking clearly or eating solid foods. He has a trach tube in his throat to help him breathe, but his parents hope that tongue reduction surgery will solve the issue.

Faith explained in an update on their GoFundMe page in early December that Baker has a long way to go.

“We still have a tongue reduction in January, hospitalization to have the trach removed, mickey button removal [for a feeding tube] and one last abdominal surgery in the near future,” she said.

“We are so appreciative of all of our family and friends — some we know, and some whom we don’t know — for seeing us through this difficult time of our lives,” she said. “There is a light at the end of the tunnel, however we still have a little ways to go. Baker is strong as ever.”