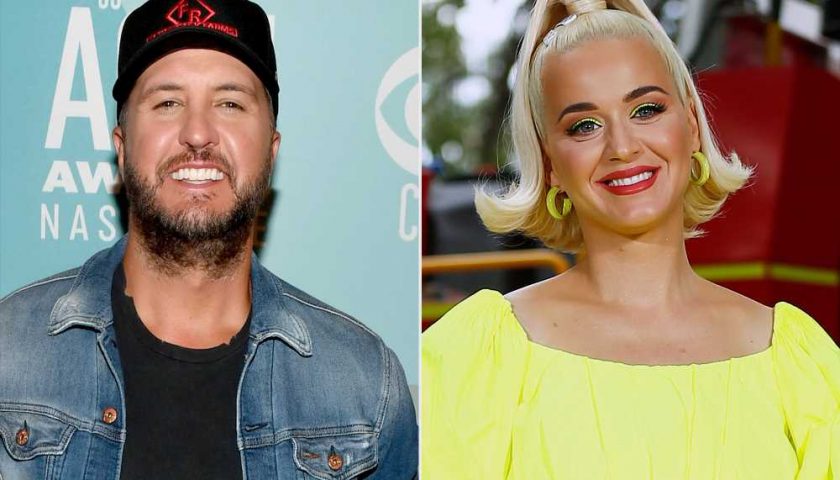 The country star and American Idol judge told PEOPLE how his friend and colleague has been navigating being a working mom on the set of the ABC competition show — and the "rockstar" mentality she carries with her on set.

"It's just really amazing being there with Katy and watching her [be a mom]," Bryan, 44, says of his fellow judge. "Sometimes in the breaks, she'll FaceTime Orlando [Bloom] and little Daisy Dove. And so, I'll get to say, 'Hey.' But just watching Katy embrace being a mother is a very beautiful thing to watch. I never had a doubt she would be a tremendous mother."

"She'd come on set; she would've been up nursing all night," he adds of the breastfeeding mom. "Katy's in the full swing of things with nursing, so we've had to work around her schedule. But she's been a trouper and showing up and working like she always does. I know she's doing it on minimal sleep, so she's a rockstar." Want to get the biggest stories from PEOPLE every weekday? Subscribe to our new podcast, PEOPLE Every Day, to get the essential celebrity, entertainment and human interest news stories Monday through Friday. Get a taste of the podcast below.

In late September, Perry — who welcomed her daughter Daisy Dove with fiancé Orlando Bloom in late August — shared a series of tweets about her experience of getting back work while raising her baby girl.

"Popular misconception: being a mom isn't a full-time job," the 36-year-old singer tweeted.

The "Smile" singer continued: "Part 2: when a mom finally goes back to work (whatever profession they do) it's not like they been coming from months of 'time off …' she's coming from a full time job … of being a mom, lol."

"Part 3: call your mom and tell her you love and appreciate her and advocate for paid family leave!" she added. Earlier this week, Perry opened up about her working-mom schedule during an appearance on Live with Kelly and Ryan.

She joked that the baby's astrological sign, Virgo, means she does best with a routine.

"Yeah, of course there's a routine. My daughter is a Virgo and she thrives in routine," Perry told co-host Ryan Seacrest with a smile. "But I did start filming American Idol season 4 after I'd given birth, five weeks later. And I didn't plan that. But it was like, 'Oh, my God!' It was so intense, you know?"

"Giving birth, then going back to work and breastfeeding, like — holy crap! 'This is what women do? Oh my God!' " she added.