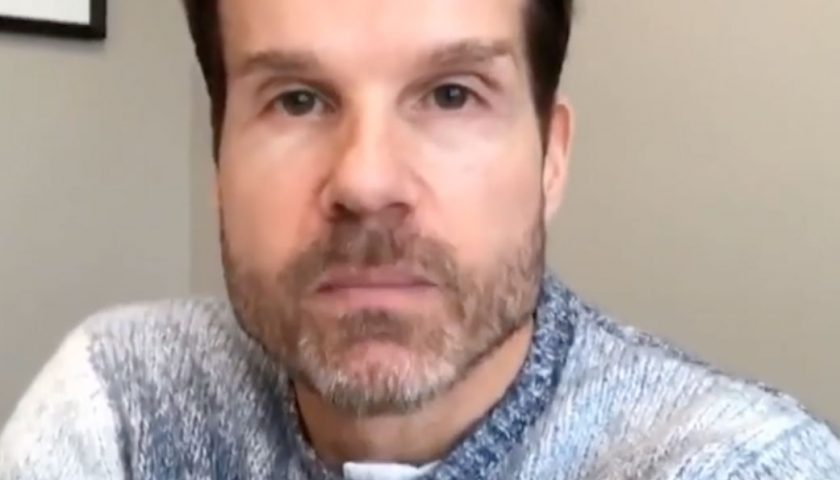 Louis van Amstel, who is finalizing the adoption of his son, is opening up about a troubling experience the child faced at school.

In a video recently posted on social media, the former Dancing with the Stars pro dancer, 47, recalled an incident during which the 11-year-old, who is in fifth grade, shared what he’s grateful for with his classmates ahead of Thanksgiving.

“The substitute teacher asked all the kids what they’re thankful for, which is sweet right?” he said in the clip. “Well — and I got choked up when he said it — is thankful that he’s finally being adopted his two dads.”

However, van Amstel claimed the child’s substitute teacher allegedly expressed disdain in her response. “The substitute teacher was giving her very clear opinion about two men is wrong, homosexuality is wrong and yeah so you can imagine that set us off. We are not letting this go,” the star said in his video, adding that he’s “proud” of how the school handled the matter.

“Not only did they let go of the teacher, they said this woman is never going to teach in this school ever again,” van Amstel continued.

He further explained that “three girls” in the same class stood up to the substitute teacher. “Three girls asked her multiple times to stop. When she didn’t they went to complain. I’m proud of the three girls and school for standing up for our family against this bully. I’m disgusted that the bully is the teacher in a public school,” van Amstel wrote, adding the hashtags #equalrights, #allfamilies and #allfamiliesmatter.

A rep for van Amstel did not immediately respond to PEOPLE’s request for comment.

On Friday, van Amstel spoke with the Salt Lake Tribune about the incident involving the child, identified as D.M., at the Deerfield Elementary School in Cedar Hills, Utah. “She also tried to blame our son and told him that it was his fault that she went off,” he said. “It’s absolutely ridiculous and horrible what she did. We were livid. It’s 2019 and this is a public school.”

Van Amstel and his husband Joshua Lancaster are scheduled to appear with D.M. at his final court hearing on Dec. 19, according to the outlet.

“He was so fearful that this could make us think that we don’t want to adopt him. That’s definitely not going to happen. But this situation really hurt him. This person really hurt us,” van Amstel added.

David Stephenson, a spokesman for the Alpine School District, told the Salt Lake Tribune he could not speak about personnel issues but noted that “appropriate action has been taken.”

Stephenson did not immediately respond to PEOPLE’s request for comment.

Staffing company Kelly Services, which the school district uses to hire substitute teachers, released a statement to PEOPLE on Sunday: “We are concerned about any reports of inappropriate conduct and take these matters very seriously. We conducted an investigation and made the decision to end the employee’s relationship with Kelly Services.”

In addition, Stephenson told the outlet that substitute teachers go through “extensive training” with Kelly Services entering a classroom. “[We’re] committed to having the best employees who care about all children in our schools, whether it be the teacher, the custodian, the secretary or a substitute teacher,” Stephenson said. “Obviously, when situations come up like this, we quickly investigate and take appropriate action. That was done in this situation.”

Lancaster and van Amstel met in 2009 in Los Angeles, where van Amstel lived while shooting DWTS, and dated long-distance for four years. The couple currently resides in Utah.