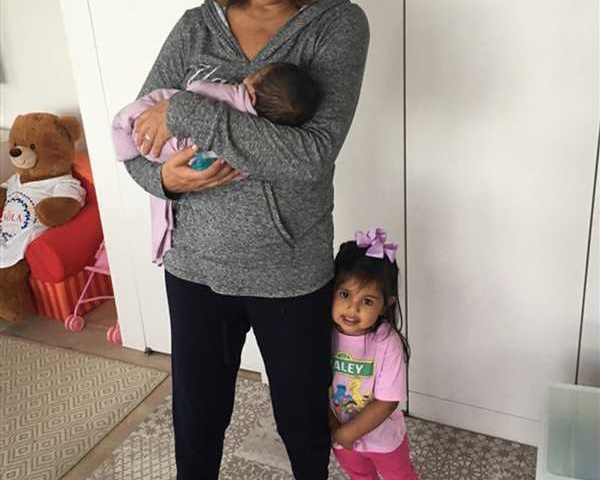 Hoda Kotb not only celebrated her first Thanksgiving with daughter Hope Catherine over the weekend, she also witnessed one of her baby’s major milestones during the holiday.

The morning show co-anchor, 55, revealed on Monday’s broadcast of Today with Hoda and Jenna that her youngest daughter, who she adopted in April, had crawled for the first time. While speaking with co-host Jenna Bush Hager about their respective Thanksgiving holidays, Kotb shared a video of her second child getting mobile after their family dinner.

“We’ve been waiting for a moment,” she recalled, explaining that she and fiancé Joel Schiffman, 61, had been anticipating the move for some time.

In the clip, which was also posted on Kotb’s personal Instagram Story, the mom-of-two jumps for joy as her little one crawls on the ground.

“Yes!” Kotb cheers in the video as her 2-year-old daughter, Haley Joy, claps for her little sister.

Schiffman can also be seen in the room along with Kotb’s mother, brother, sister-in-law, and nieces.

“I was just trying to think of, like, what did we do? I don’t really remember,” the longtime television journalist said of her holiday during the broadcast. “We had a delicious meal. Hope crawled, and we just lounged around and had a great time.”

In May, Kotb opened up to PEOPLE about becoming a mother for the second time and how the experience was different than when she adopted her first child.

“I forgot everything!” she said in her cover story. “I was like, ‘How do you hold the baby? How do you feed a baby? How do you swaddle?’ I was googling swaddling and — you’re not going to believe this — how to put on pajamas.”

“I just can’t believe how in a blink, life changes, and all of a sudden there are two babies in this house. I’m just overwhelmed with joy,” she shared.

Kotb also spoke about how caring for two children allowed her to let go of some the pressure that comes with being a mom.

“My first time around, I spent my whole time going, ‘I got it! I got it!'” she said. “I didn’t know what to expect with two. All of a sudden, with two kids, you’re like, ‘Wait, baby one is crying, baby two needs to be put down. Hope is hungry, Haley needs me.'”

In February 2017, Kotb revealed she had adopted Haley after the baby girl was born on Valentine’s Day that year. Kotb, whose battle with breast cancer left her unable to conceive, told PEOPLE in 2017 that she thought she would never be a mother.

“I felt like, before Haley came, I’d had an average life,” Kotb said. “She stepped in it, my heart exploded. And then, all of a sudden, this little girl Hope steps in and you realize how much room there is in there.”

The morning show co-host added, “You think you’re topped out. But your heart’s ability to expand blows my mind.”