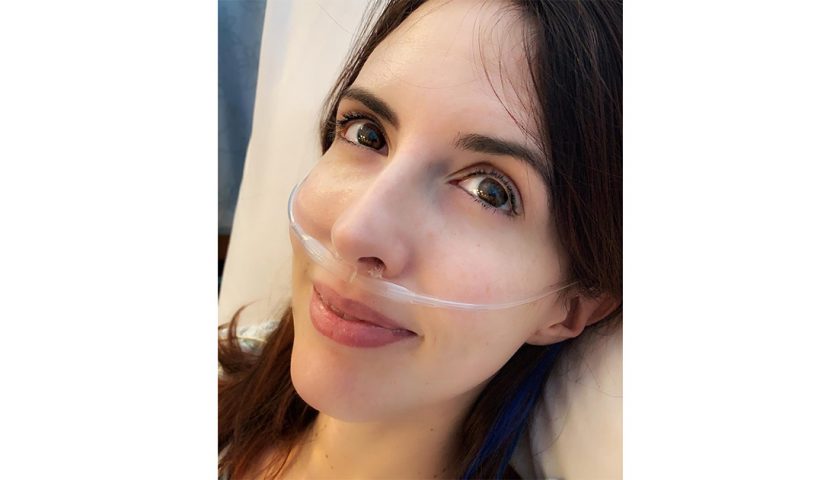 Freelance writer and content consultant Kristin Diversi always knew she wanted kids, so when she met her husband Blair in Raleigh, North Carolina, in March 2014, she knew she had found the one when they discovered an idiosyncrasy in common.

“I saw he had a tattoo of the constellation Orion on the back of his neck and I was like, ‘Oh, that’s my favorite constellation. If I ever have a son, I’d like to call him Orion,’ ” Kristin opens up to PEOPLE in an exclusive interview. “And he said, ‘Me too.’ We had a baby name picked out before we even knew we were going to be together.”

But it was evident the minute the couple tied the knot that kids would be in their foreseeable future. And though getting pregnant isn’t always an easy feat for all newlyweds, they never anticipated the journey would take them years and thousands upon thousands of dollars.

They tried naturally for a year and a half before seeking out fertility specialists in Raleigh and then in Denver, where they had to move for Blair’s job, undergoing six intrauterine insemination (IUI) treatments (which can cost up to a few thousand dollars per session, including medications) and even in vitro fertilization (IVF) to no avail.

Author Creates Baby Book for Women Who Have Experienced Pregnancy Loss: It’s a “Labor of Love”

During this time, Kristin also discovered her eggs were testing at 10 or 15 years older than her actual age, which meant it was more difficult for her to conceive a baby.

“It was really hard — we basically then had to say goodbye to having a biological child of our own,” Kristin tells PEOPLE. “Which seems like a small thing, but I always thought I would have kids and I always thought that they would be mine.”

The couple opted for an embryo adoption, which meant the baby would not be from their genetic makeup. They decided to transfer two embryos, which the doctor advised was fine since Kristin had never been pregnant before and nothing had worked in the past.

“She said there was a 60 percent chance of one sticking, a 40 percent chance of both and then a less than 2 percent [chance] of triplets,” Kristin says of the transfer — and a few days later, she took a pregnancy test and it was positive: “I felt like I had just started to go down the highest part of a roller coaster.”

By this time, the couple had moved from Denver to Kristin’s home state of New Jersey. At six weeks gestation, they went to their first ultrasound to discover she was actually pregnant with twins, which she thought was “great” because they would get “an instant family.”

But a few weeks later, Kristin experienced some bleeding and returned to the doctor, where she discovered she was actually carrying triplets. The doctor’s face, according to Kristin, “looked like she had just drank spoiled milk or eaten a lemon.”

They were directed to a maternal fetal medicine specialist (MFM) eight weeks into her pregnancy. There, they learned that one embryo was doing great but the embryo that split were now identical twins sharing a placenta, and that one twin was “measuring more than a week behind,” a significant indicator it wouldn’t make it.

“If that one didn’t make it, then they would both pass because they shared the placenta,” Kristin tells PEOPLE. “There was a good chance with that happening, they would take the third baby as well.”

Even on the off chance that the baby measuring behind caught up and all three could continue at the same pace, there was a greater than 40 percent chance at least one would suffer from profound birth defects.

“It was a really, really hard decision, especially because we really wanted babies and we would have been thrilled to have three at once,” Kristin says. “To bring a baby into the world that we knew was going to be at a major disadvantage and not have such a great life seems unfair. When the choice was in front of us, we decided to give one baby the best possible chance.”

The Diversis then had to seek out another doctor at Mount Sinai in New York, who solely specializes in multifetal reduction, but her schedule was so busy they had to wait another four weeks.

Then, it came time for Kristin’s reduction. When they measured the babies again, one of the twins was 10 days behind, which was another indicator it wasn’t going to make it.

“They take a needle that’s about six to nine inches long and stick it through your stomach. You don’t watch, but you can definitely feel it,” Kristin tells PEOPLE. “It stops the babies’ hearts, and it was terrible. I was starting to feel little flutters and things I knew weren’t my body, but they were the babies developing.”

Now 25 weeks pregnant, Kristin, who is doing “great,” and Blair will welcome their son in January.

Throughout her journey, Kristin looked to support groups online to find comfort in others experiencing the same difficulties conceiving, which she found “very helpful” and “nice” because she knew she wasn’t alone.

“A lot of people don’t understand because it comes so easily for so many people. For us, it was like, ‘What are we doing wrong? What’s wrong with us?’ ” she recalls. “Especially as a woman, it felt like a personal failure. I was like, ‘I can’t do this thing that is supposed to be so easy.’ “

And the trouble she did run into was more along the religious lines, with people telling her she “should be grateful” for these babies because “God gave them” to her.

“A lot of people say, ‘You’re playing God, it wasn’t your choice to make.’ I just don’t see it that way. We got pregnant because of IVF, and because of science, we learned that these babies might have really difficult lives,” Kristin explains. “It happened to just be very, very lucky or very unlucky, however you choose to look at it. My response is you never know what you’re going to do until you’re in this situation.”

Though her case was not a common one, she still hopes recounting her story for others will help women going through similar infertility problems know that these options exist.

Altogether, Kristin and Blair spent over $100,000 in total on treatments since they started four years ago.

Looking to the future, they would love to have more kids and “a big family,” but due to the steep costs (not to mention the toll on Kristin’s body due to the medication), they’re leaning toward traditional adoption the second time around.

“I haven’t felt like myself for a long, long time — my body’s been through a lot. I love the idea of traditional adoption,” Kristin tells PEOPLE. “The only reason we didn’t do it the first time was because we were so far down this road that it seemed we’d be making a U-turn and going through everything all over again.”

She adds, “But we would love to have more kids. However they come to us, it will be an amazing gift.”