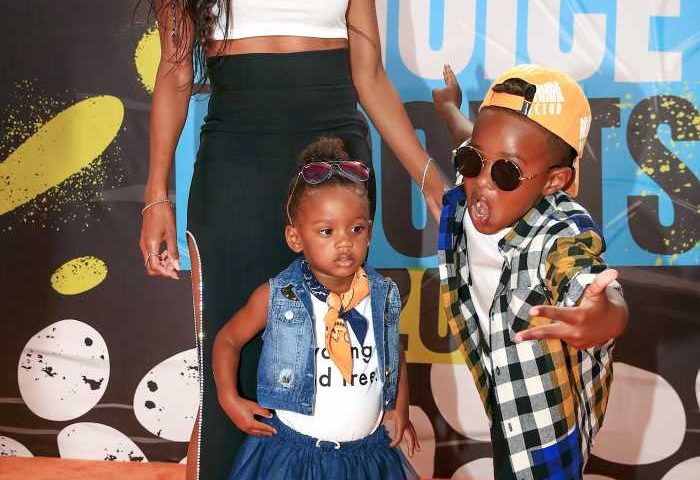 Ciara has a secret weapon when it comes to making hit songs: her kids!

The R&B star stopped by The Ellen DeGeneres Show on Friday, and revealed to guest host Justin Hartley that her kids — 5-year-old Future Zahir, who she shares with ex Future, and 2½-year-old Sienna Princess, who she shares with husband Russell Wilson — have a perfect sense of what will be a chart-topper.

“They’re like my little A&Rs,” the 34-year-old songstress said, referring to the Artists and Repertoire division of record labels. A&Rs are typically responsible for talent scouting, the commercial and artistic development of the artist, and acts as a liaison between the artist and the record label.

“They let me know if something is right or if it’s not, and they are like 10 for 10 with their reaction,” the Grammy winner continued. “The way you kind of know, it’s like the songs have to have to ABC element. So when they hear songs, and then can sing it back, like within the next hours, or literally right after hearing it, you know you’re onto something right.”

Ciara explained that Future and Sienna quickly caught on to her song ‘Level Up,’ and ask her to play it for them “over and over again.”

“My older songs — ‘1, 2 Step,’ they love and react to that song like it’s a new song,” she told Hartley. “But they are like my A&Rs, they sing in the car. I remember putting Future beside me in the car, in my Jeep, and he was like boppin, going crazy to one of my songs on the album, I’m like, this is it.”

Ciara’s visit to the Ellen Show happened to be on her 34th birthday, which she celebrated with Wilson with a romantic dinner for two on a boat decorated with flowers and festive balloons.

“Honestly, if I’m with my family, I am so good,” she told the This Is Us star on Friday of her birthday plans.