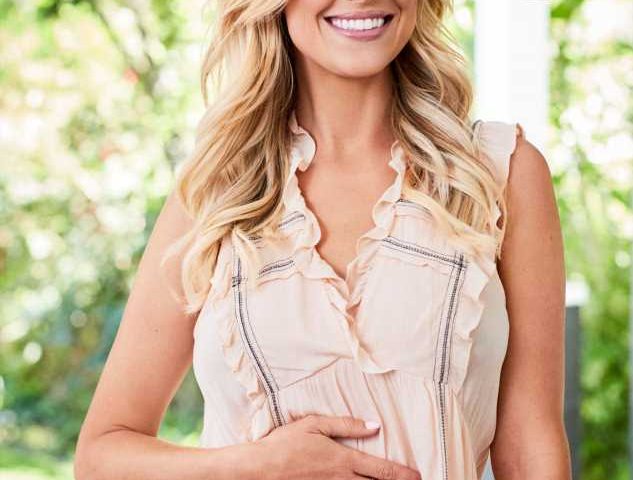 Just a day after Christina Anstead and her new husband Ant Anstead got home from their honeymoon in Bora Bora, the HGTV star wasn’t feeling like herself.

Fully expecting to rule out pregnancy, Christina took a test just in case. But when the results read positive, she couldn’t believe her eyes.

“I just didn’t think I could get pregnant anymore,” the Flip or Flop personality, 35, says in the latest issue of PEOPLE, on newsstands Friday.

Now expecting her first child with Ant — a son, due in September (she also shares son Brayden James, 3½, and daughter Taylor Reese, 8½, with her ex-husband Tarek El Moussa, while Ant is father to son Archie, 12, and daughter Amelie, 15, with his ex Louise) — Christina says their “miracle baby” was a total surprise.

Road-Warrior Mama! Pregnant Christina Anstead Shows Off Her Baby Belly Next to a “Bump” Sign

Christina was diagnosed in 2009 with polycystic ovary syndrome (PCOS), a condition in which the ovaries produce an elevated level of androgens: male sex hormones that are usually present in women in small amounts. She was told that if she wanted to get pregnant, she would require hormone therapy.

Despite the diagnosis, the Christina on the Coast star conceived daughter Taylor in 2010 with no complications but later endured two failed attempts at in vitro fertilization and suffered a miscarriage at eight weeks before giving birth to son Brayden in 2015.

Christina credits alternative medicine for her ability to conceive with Ant. “I went to an acupuncturist to help me deal with stress,” she says.

At her first appointment, “I explained to the woman that I had polycystic ovaries. She told me, ‘Oh, I used to have that too. I think I can help.’ She did some needle work, and six days later we conceived.”

While Christina has no way of knowing whether it was acupuncture that did the trick and she can’t vouch for its efficacy, “I just find it fascinating,” she says.

Christina on the Coast premieres Thursday at 9 p.m. EST/8 p.m. CST on HGTV.

For more from Christina Anstead, pick up the latest issue of PEOPLE, on newsstands Friday.