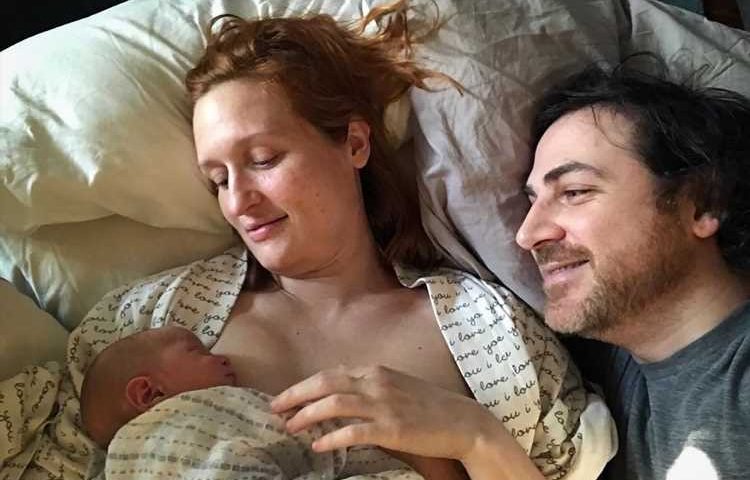 Breeda Wool and her longtime partner, Matt Friedman, are the proud parents of a daughter, whose birth the UnREAL actress shared on Instagram earlier this month.

The sweet announcement came alongside a snapshot of the family of three in bed, with Wool and Friedman gazing down lovingly at their newborn.

″Some really wild cool things happened over here," the new mom wrote in the caption.

The Mr. Mercedes actress revealed exclusively to PEOPLE in July that she and Friedman were expecting their first child together. Styled by The Last Follies Closet in Los Angeles, Wool posed for a fun set of maternity photos — taken by Friedman! — while modeling a variety of colorful looks, baring her bump.

″Bringing a human into this world is one of the wildest things I've ever done, and I used to be a street-performing wolf," said the then-mom-to-be, who also shared that she was due in September.

In a 2018 interview with Schön! magazine, Wool touched on her experience in working with women filmmakers, as well as the ″class problem″ surrounding maternity leave and support of working moms.

″Childcare in the U.S. for mothers who would also like to have a career is basically the amount of a second yearly salary so it becomes a class problem immediately,″ she said, in part. ″The film and TV business, like most businesses in the U.S., have systemic bigotry and demand exceptionalism from both women and minorities. It becomes harder for people to grow or learn through mistakes."

Wool shared several photographs showing off her baby bump over the course of her pregnancy — like in August, when she and Friedman participated in a road race together.

″About to run/waddle the Chilmark road race from California!! Let's just say my time will be pretty slow this year (8 months pregnant),″ she captioned it.

Her last bump shot featured Wool baring her belly in a black bra and red and black patterned shorts, giving a hilarious face to the camera.