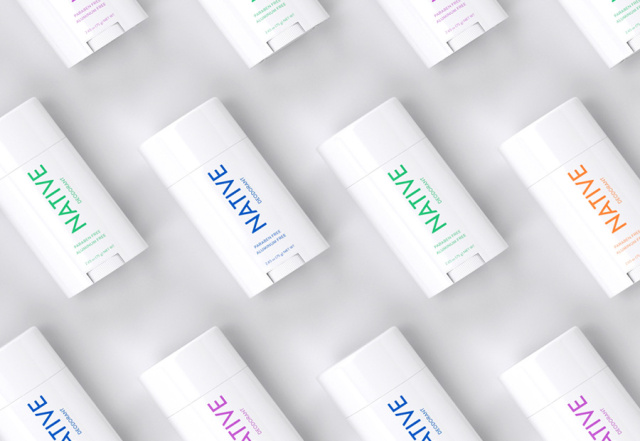 The founder and chief executive officer of Native, the natural deodorant and personal-care company that Procter & Gamble paid $100 million for in 2017, is exiting the business.
Moiz Ali, who founded the business in 2015, is leaving as of Jan. 31. The decision is mutual, Ali and P&G said, and is meant to allow Ali to shift back into entrepreneur mode. In an internal e-mail, P&G said it "respects and supports" Ali's departure.
Since P&G acquired Native, the brand has quadrupled in size and is nearing $100 million in sales, executives said, in part by expanding its reach in brick-and-mortar retail with Target, Walmart and Walgreens.
Ali, who has invested in dozens of tech start-ups and serves as a mentor to other entrepreneurs, said he may have found another e-commerce business in the future. "My time at Native has given me a great perspective in terms of how the industry has evolved. I started in in 2012, so I'm a real dinosaur," Ali said. "My DNA is to get my hands really dirty and not just play mentorship roles…I would do another e-commerce company — it's where my passion is."
Ali will be succeeded as Native's ceo by Vineet Kumar, who is currently director of P&G Asia Skin Care. Kumar and his family will relocate to San Francisco, where Native is based.
His arrival comes with grand aspirations — first, to grow Native to a $500 million brand through sales in North America, then, to grow to $1 billion globally.
"It's actually tracking to deliver close to $100 million this year," Kumar said in an interview, noting that while Native's sales are growing, it has a big opportunity in terms of consumer awareness. "Less than 4 percent are actually aware of Native as a brand, so we've got huge runway," he said.
To grow the business, Kumar plans to focus on Native's core — deodorant — with selective category expansion. He just started using the brand's hero scent, coconut vanilla, he said.
"We may choose selectively certain other categories where there is a role for Native to play strategically," Kumar said. "We just launched a personal body wash…we plan to go into oral care soon…right now, the biggest focus for the team is the focus on the brand."
While Ali is leaving, the rest of Native's team is staying on board. Markus Strobel, president of global skin & personal care at P&G, joked that the group may even try to buy an Ali-founded future business. "One day he's going to found something new that maybe we have another chance to acquire," Strobel said.
Asked about keeping Native's spirit alive once its founder leaves, Strobel said, "If you asked me that question five or six years ago I would have said…that's going to be really difficult. In the last couple of years, working with Moiz and Lilli Gordon at First Aid Beauty, we learned a lot about entrepreneurship, and I think we understand much better…it's no longer our way or the highway."
With Native, Strobel said P&G "learned a ton when it came to " and social media marketing, and was able to apply those learnings to other businesses. "We are in the business of creating quite a lot of brands now because the market is segmenting," Strobel added.
He said that getting Kumar into the job was part of his overall plan for the future of Native, calling him "my dream candidate."
Ali said that he didn't regret selling the company to P&G. "I've had a fantastic time working with P&G. When you're getting into an acquisition…you really don't know what you're going to get into because you're a tiny fish in a ginormous pond, and a lot of people come to regret that," Ali said.
After selling off most of its beauty portfolio to Coty Inc. in 2016, P&G got back into the acquisition game with Native, which was its first purchase in the personal-care realm in years. Since then, the company has gone on to acquire several other businesses, including First Aid Beauty, Snowberry and Walker & Co.
For more from WWD.com, see:
This Black Friday, Prestige Beauty Is on Sale, Too
As Makeup Sales Slide, Tara Simon Exits Ulta Beauty
Olaplex Sells to Advent International
Source: Read Full Article