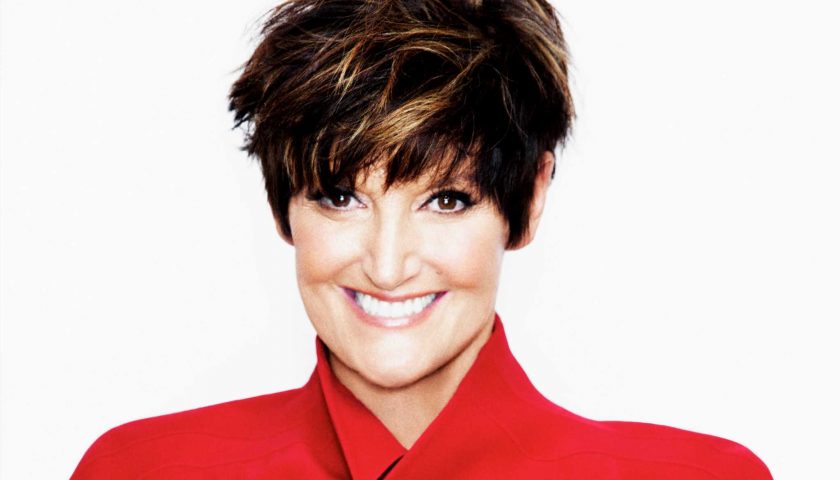 Ford, 73, died from a long-term illness, according to a Benefit spokeswoman. She is survived by her husband, Chris Petrin; her nieces, Maggie Ford Danielson and Ann Ford Danielson, and her brothers, Lee R. Ford 3rd and Brad Ford. Donations can be made to the MD Anderson Cancer Center. 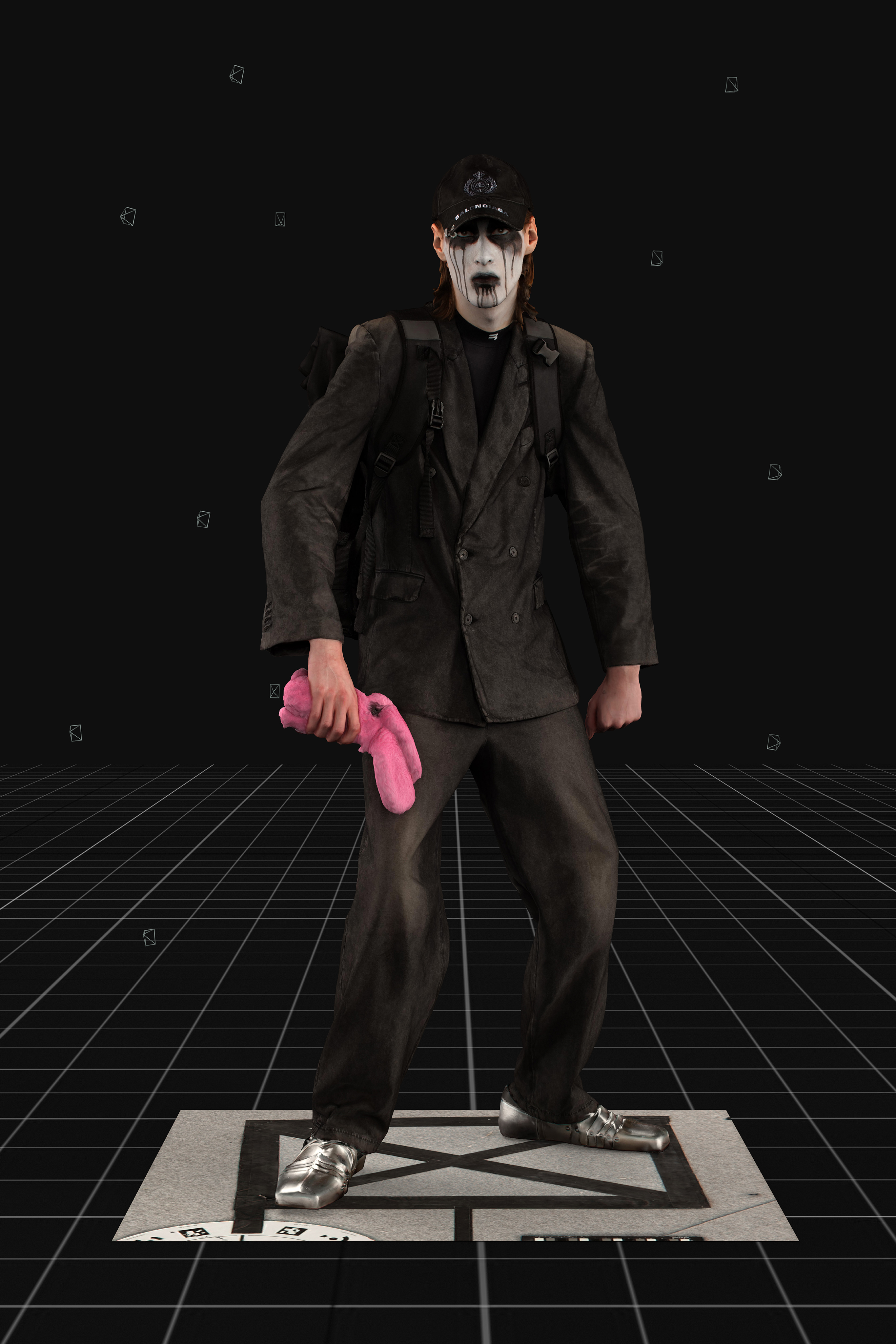 All the Looks from Balenciaga’s Afterworld: The Age of Tomorrow

Jane, with Jean, started a revolution in an industry that was buttoned-up and stodgy in 1976, when they launched Benefit. They broke the rules, and in doing so changed the way the entire industry started thinking about doing business. Instead of building another brand that dictated to consumers what they should want, the Ford sisters listened to their neighbors and designed makeup for “the girl next door,” said Jean-André Rougeot, chief executive officer of Sephora Americas and former ceo of Benefit, who credited the sisters with paving the way for the wave of successful indie brands prevalent today.

Bernard Arnault, chairman and ceo of LVMH Moët Hennessy Louis Vuitton, which owns Benefit, said: “It is with great sadness that I learned of Jane Ford’s passing. Jane and Jean cofounded Benefit Cosmetics in 1976 as an innovative makeup business that was also in the feel-good business. Their joy, creativity and generosity came through in each of the products they crafted and inspired confidence in women around the world. On behalf of the entire LVMH Group, I extend our collective condolences to her husband, her family and the entire Benefit team, which had the privilege of working with such a delightful entrepreneur. Jane’s zest for life and pursuit of excellence in her work will live on through Benefit Cosmetics, its dedicated employees, unique customer experience and devoted consumers.”

Jane’s passing follows that of Jean, who died from cancer in 2019. The two were described as inseparable, the type of twins who could communicate without words. They were funny, and they had a flair for the dramatic, perhaps best displayed in a 40-minute film called “Glamouriety” that detailed the twins’ and Benefit’s rise.

The film included cartoon versions of Jane and Jean putting lipstick on a pig, a reference to their early days in Indiana, as well as a doctor that brought people back to life by making them feel beautiful and a stripper who credited Benetint — one of the brand’s early cult products — with helping her aureolas stand out. A global tour ensued, twins in tow.

Those types of moves were interpreted by many as extreme confidence, but Jean once told Annie that wasn’t the case. “I was talking to my mom about it actually, and they were like, no, we’re scared s–tless. We’re actually just horrible public speakers,” Ford Danielson said.

But both Jane and Jean had been brought up by a mother with a television show in Indiana — the June Brown show —and had been singing and dancing for as long as they knew. “What they stuck to was what they were good at,” Annie Ford Danielson said.

One thing that Jane was certainly good at was business.

“She was kind of always the total wildcard in the sense that you really didn’t know what you were going to get but it was always really fun, particularly at the office,” Annie Ford Danielson said. “She was that one person who would walk into a meeting and people would be like, f–k, what’s going to happen next? She would always find the one thing that was potentially going to ever go wrong with anything.”

“We always used to joke with our packaging team that if there was ever a millimeter off with anything, Jane could find it with her eyes closed,” Annie Ford Danielson continued.

“Jane was a tremendous business person,” Rougeot said. She was competitive and wanted Benefit to win.

Rougeot knew he wanted to join the company after meeting Jane and Jean, he said.

“[Jean and Jane] had an amazing perspective on beauty…they had such a revolutionary, completely innovative view of beauty. It was a breath of fresh air. I remember calling my wife after the meeting and I was like, ‘This is amazing. Those two are literally reinventing beauty.’”

Back when he was running the business, he felt strongly that Benefit should expand to China, he said. Jane was not on board.

“We started to talk about money, how big, this could be successful — and as we started to put down the numbers…she knew where the dollars were. She would be very smart at changing her mind or adapting,” he said.

But she never lost sight of her core consumer, or cared when Benefit didn’t fall into beauty industry norms.

“They would always come to the office and say, ‘I talked to my neighbor this morning or yesterday, and she has a zit on her face, she doesn’t know how to deal with it. Let’s help her.’ Or, ‘I met somebody in the supermarket yesterday and she told me she doesn’t like the way her lipstick dries on her, let’s work on that,’” Rougeot said.

“Beauty at the time, 15 to 20 years ago, was a very established, a little bit snobbish, world. It was the world of Lancôme and Lauder and Dior and Chanel, and Jean and Jane had no respect for that. They were some of the most crazy, wacky people I ever met. They had a wicked sense of humor,” he continued.

“She and her sister gave so much fun and laughter to the industry,” said Aurelian Lis, ceo of Dermalogica and former general manager of Benefit. “In times like these, it’s what the world needs more of. They surprised, dressed up and exuded passion.

“On one of the last business meetings I had with her, she invited me to breakfast essentially to check the fun spirit of the brand was going to be well taken care of,” Lis said. “I remember that at one of her last big Benefit meetings, she was dressed up as though she had just come from a golf course with a never-ending martini in her hand. We filmed that for the managers of the future to understand how wonderful she and her sister were.”

The duo opened their first store in San Francisco’s Mission District in 1976, between two strip clubs, Rougeot said. In those days, they needed to sell $100 in products or services per day to break even. Some days they did, and some days they didn’t, and they’d wind up eating noodles. One time, to drive store traffic, they drew a chalk outline on the sidewalk to drive curious customers inside to ask what happened, and then tried to sell them makeup.

Shortly after they opened their second store, an earthquake destroyed it. When they saw the damage, they decided to quit, Rougeot recalled Jane telling him. But then, the next day, they woke up and went back to work.

Gradually, the business expanded via Macy’s and Sephora. LVMH made a majority investment in the brand in 1999, before taking over the rest of the business.

“[Jane] was obsessed with knowing how the business was doing and how it was related to other brands,” said Maggie Ford Danielson. But Benefit never quite fit into the neat categories that established brands lived in. When the NPD reports would come out, Benefit’s products would often end up in the “other” category.

“Jane was just ecstatic when we’d see Benefit, number one in ‘other,’” Maggie Ford Danielson said.

When employees would say Benefit needed to get to number one in major categories like lip, Ford would say, “Don’t worry. Guess who we are? We are the mother of other.”

For more from WWD.com, see: