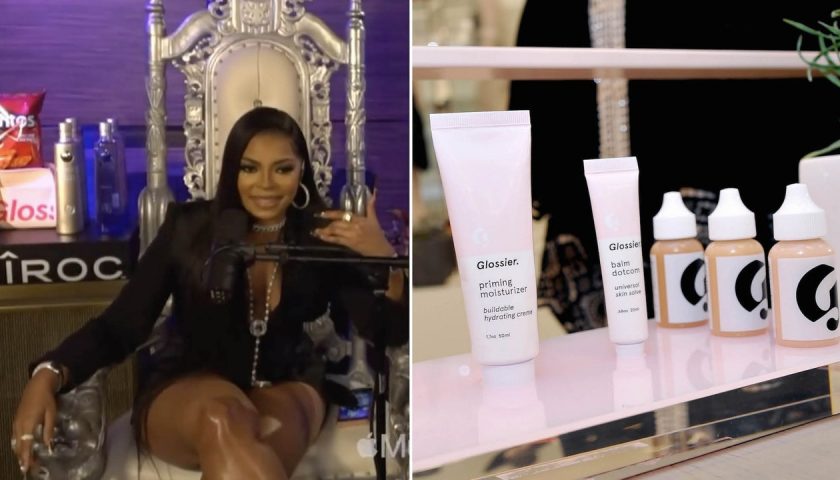 The COVID-19 pandemic has taken away a lot from us, but it has also birthed new cultural phenomena that highlight the ingenious ways we are adjusting to our new reality in this perpetual state of quasi-lockdown. Verzuz, an Instagram Live battle series started by Timbaland and Swizz Beatz in March 2020, is one such feature of the pandemic. The series puts a pair of musical heavyweights from the same era or genre toe-to-toe, or rather, song-to-song, and lets the audience decide which artist played the better set.

On Friday, January 22, despite starting late, according to Verzuz, more than six million people tuned in on Instagram to watch the battle between Ashanti and Keyshia Cole. The battle broke the Instagram viewership record previously held by the Verzuz battle between Monica and Brandy, and became the second-highest tweeted iteration of the series.

Each Verzuz creates its own amount of hub-bub. You can expect group chats and DMs to be particularly busy, but this time around, the messages I was getting were less about the songs or the shade thrown between the artists, and more about the conspicuous product-placement.

"You seen this?" A friend sent me a screenshot of a split-screen Instagram Live of two blue-lit, empty chairs waiting for Ashanti and Keyshia Cole to fill them. My eye was immediately drawn to the logo on the bag sitting next to a sack of Doritos and a bottle of Ciroc.

"You seen this?" A few more DMs came in, but they were not talking about the chips or the booze — they were talking about the millennial pink, Glossier-branded makeup bag placed to Ashanti's right. Glossier's senior vice president of marketing Ali Weiss confirmed to Allure that it was the brand's Beauty Bag, and it's launching soon.

The number of knee-jerk tweets and memes about Glossier on Verzuz suggested that some people were entertained, intrigued, confused, or simply not feeling it because they don't associate Glossier as a popular brand among Black women.

Glossier teamed up with Verzuz through a relationship it has with Femme It Forward, a Black woman-run joint venture with Live Nation Entertainment, led by music industry veteran Heather Lowery. It's a platform helmed by women in the music industry that aims to empower and support other women in music through concerts, events, and educational programming. In the past, it's worked with A-list artists to organize concerts, events, and book clubs. "Each opportunity to work with Femme It Forward has been a standalone partnership, and has come about as a natural progression from the success of the last," Weiss explains.

Verzuz has become a North Star of music's future in digital and streaming. It's inventive, off the cuff, and unpredictable. Side-eyes and shade are exchanged between artists and reacted to within seconds on Twitter. The never-before-told stories the artists share between songs make Verzuz feel as if it's one part concert, one part VH1 Behind The Music — with, of course, the rowdy energy of a virtual audience.

In October, Glossier released a campaign for its Body Hero collection in partnership with some of the biggest names in the WNBA, six of whom are Black. "There's definitely a clear disconnect," says Junae Brown, the founder of Browned 2 Perfection Agency, a marketing firm that helps brands speak effectively to women of color. "It's like, 'Oh, I want to get into them. But I don't feel like they've really set up the path for me to get there. They haven't really extended a full invitation.'" This isn't the first time Glossier has been on Verzuz. In August, a branded water bottle appeared next to Monica during her battle with Brandy.

"I know a very small handful of Black women who are into Glossier, and they fit into a very certain niche demo," Brown notes. "From the outside looking in, the Glossier brand looks like it has a lot of potential to be one of our staples and something that we use and like." The women I know who love Glossier often have minimal makeup routines, are skin care-obsessed, and will try a new shimmery eye shadow or blush for a special night out — but only if it looks good when you apply it with your fingers.

Glossier initially exuded a message attractive to the girls who lived in Brooklyn but hung out in downtown Manhattan because that's where they worked; girls who gravitate more toward a bold, bushy brow and minimal eye makeup than a cut crease eye shadow. This, of course, does not exclude Black women, who Glossier confirmed were part of their retail team at the brick-and-mortar flagship.

Glossier also does have Black devotees, as evidenced by Glossier Brown, an Instagram account that showcases looks created by the brand's fans of color, many of which are Black. Close to the presidential inauguration and the Founders' Day of historically Black sorority Alpha Kappa Alpha, CEO Emily Weiss posted a video of the Spelman College chapter stepping in Glossier sweatshirts. The video was posted to the brand's account around inauguration day — apropos, as Vice President Kamala Harris is herself an AKA. The brand confirmed it partnered with the chapter to create the custom content. Glossier products also popped up in the music video for "Best Friend," performed by rappers Doja Cat and Saweetie.

In May, following the death of George Floyd, Glossier joined beauty brands in committing to uplift Black-owned businesses by donating $500,000 to several organizations. They also committed another $500,000 in the form of grants to Black-owned beauty businesses, the recipients of which have since been announced.

It was a gesture that was in step with the moment. But in August, BuzzFeed News reported on an anonymous Instagram called "Outta the Gloss" that popped up and shared their views on the work culture within its retail stores. Former employees (who are called "editors") shared their grievances "for what they say are long-standing racial and managerial issues." Glossier addressed it, publishing an open letter on its blog and posts on its Instagram and CEO Emily Weiss's Instagram. Weiss expressed that the company had "failed to ensure that all voices are heard, and protected, without our internal community." Glossier then outlined action steps it would take to do better in the future.

When you add the layer of Verzuz's viewer demographic appearing to be largely Black (Instagram doesn't provide data on Instagram Live sessions), Glossier getting visibility in front of potential Black beauty lovers could be seen as huge for them. According to a 2018 Nielsen report, Black people spent $465 million out of $3 billion in sales in the total skin-care sector in 2017. We spent $573 million on soap and bath products and according to the report, "have outsized influence over spending on essential items." Glossier's product lineup happens to include many of those things.

Each generation learns not to assume genuine intent with big brands. And why should they? A common sentiment voiced in my Instagram inbox was a desire to see a Black-owned beauty brand advertised on the Verzuz stage. It's hard to know what Glossier's motivations are for this particular product placement. When Allure asked Glossier why Verzuz is important to the brand, a spokesperson expressed admiration for what Femme It Forward is doing with regards to amplifying women's voices. "[It's] very aligned with our mission. We're really grateful for the opportunity to work with them." Still, at the end of the day, perhaps it's all about good, old-fashioned capitalism: Glossier is presumably a company that wants to turn a profit, and according to that 2018 Nielsen report, Black women outspent their white counterparts in multiple beauty categories, including skincare and hair. Showing up in traditionally or majority black spaces — hip-hop videos, Verzuz battles, historically Black sororities — is a great way for the brand to make itself known to the community.

If Glossier wants to broaden its appeal among Black women, the initial awkwardness seen by some may pan out to be worth it in the long run. But if the online reaction towards the Verzuz product placement is any indication, these are the beginning stages. It appears Glossier does support Black people through its grant program, donations, and the diverse range of women it's included in its advertising from the start. But being a part of Black culture is a much longer journey. The brand would do well to continue to tread in a way that makes clear a meaningful effort to support Black women and femmes.